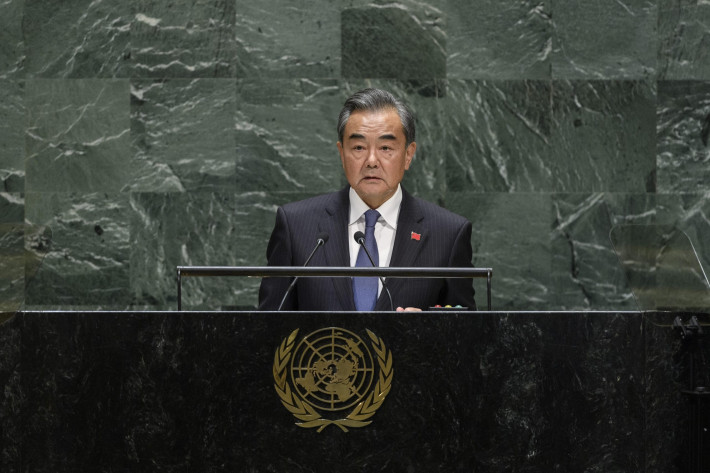 Chinese Foreign Minister Wang Yi arrived in France yesterday, where he met with French President Macron. A meeting with Foreign Minister Le Drian was planned for today, as part of European tour he is undertaking. The meeting with France is particularly important,  given France’s position in the EU, which relationship China is also intent on improving. France has also indicated that they would (under U.S. pressure) phase out Huawei’s presence in France over the next few years.

China Daily reported that “The pressing task now, Wang said, is to restart bilateral exchanges in all areas in an orderly manner while keeping regular COVID-19 containment measures in place, including strengthening coordination and cooperation in the research and development of COVID-19 therapeutics and vaccines and in prevention of future pandemics, so as to overcome the pandemic as soon as possible and make positive contribution to the establishment of a community of common health for mankind.“

Wang said that the two sides should continue to firmly support the WHO in coordinating and leading the global COVID-19 response, and to oppose politicizing the pandemic, adding that China is ready to speed up cooperation with France on major projects for win-win outcomes.

“Noting that Europe is an important force in a multipolar world, Wang said that China and Europe have always been partners instead of rivals with their consensus far outweighing differences.“

“China appreciates president Macron’s call for Europe to strengthen strategic independence, which not only reflects France’s tradition of independence, but also demonstrates Europe’s position as a pole of the world, he said.“

Wang Yi arrived in France after completing a successful trip to Norway, where there is a discussion of working toward a free trade agreement. China-Norwegian relations had been somewhat chilly since Norway awarded the Nobel Peace Prize in 2010 to Chinese dissident Liu Xiaobo. But the meetings were warm and Wang Yi gave an up-beat press conference following the meeting.

Wang Yi is expected to conclude his European tour in Berlin at the beginning of next week. However, a meeting with Angela Merkel is not planned. A group of China-haters belonging to the Interparliamentary Alliance on China (IPAC) has demanded from Foreign Minister Heiko Maas that he confront China on the Uighurs and on Hong Kong. The letter is signed by Margarete Bause (Grüne), Gyde Jense (FDP) and Michael Brand (CDU).