Webcast—Don’t Fall into a Geopolitical Trap: Cooperation is Key to Overcome Pandemic 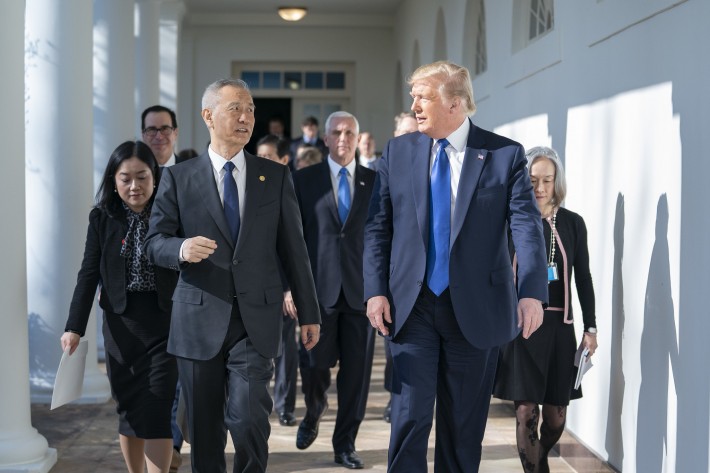 Webcast—Don’t Fall into a Geopolitical Trap: Cooperation is Key to Overcome Pandemic

With all the fake stories circulating about the Coronavirus, China, Bill Gates, and suppression of freedom—to name a few—it is crucial that people step back and take in the whole picture. As of the moment, the Coronavirus pandemic is NOT under control, and taking the wrong steps now could lead to an explosion. The key to overcome the multiple crises humanity is facing is to change the unjust global economic system, to increase the living standard of everyone, complete with modern, full-scale health care systems.

In her weekly webcast, Helga pointed to the ILO report on employment, which shows that well over half of employed people in the world are in the “informal economy”, forced to live a hand-to-mouth existence. The just-concluded Non-Aligned Nation meeting, which pledged to cooperate to end the present unjust system, is a good step in the right direction. Taking up Lyndon LaRouche’s 1975 proposal to replace the IMF with the International Development Bank is an example of what the NAM could do. So, too, was the ruling by the German Constitutional Court in Karlsruhe, an unprecedented decision attacking the ECB bailout of the banks, by emphasizing that the recent EU ruling violates the Basic Law of Germany, a step in the right direction. Perhaps this will be a move toward sovereignty in the post-pandemic world.

What is not healthy, and is in fact insane, is the escalation of anti-China rhetoric, directed by the usual source of geopolitical confrontation, the financial, political and intelligence operatives of Great Britain. Helga called on the viewers to join the SI conference this Saturday, commemorating the 75th anniversary of the defeat of fascism. With two World Wars caused by geopolitics, it is time to replace the British imperial doctrines with a New Paradigm based on cooperation.