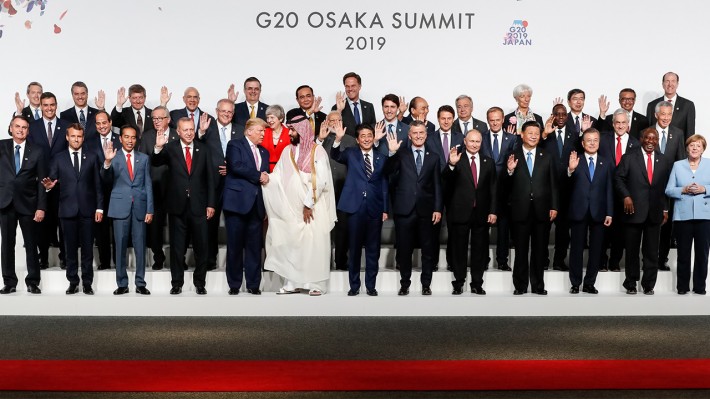 Economic sanctions mean a death sentence for millions of people, as needed medical supplies, electricity, clean water, food, infrastructure, tools and other life saving essentials are prohibited, as is the economic access required for development.  Whether in Russia, Syria, Iran, Venezuela, Gaza, Cuba, or elsewhere, innocent people suffer and die unnecessarily, while the strategic impact of sanctions on the targeted country is the opposite of what is supposedly intended.

Now, with the worldwide financial blowout, the rapid spread of COVID-19, and the locust plague devastating some nations’ food supplies, the time has come for urgent policy changes. Full cooperation is required among all nations, and a global solidarity must replace old-style British Empire geopolitics and genocidal policies.

Schiller Institute founder Helga Zepp-LaRouche on March 18 called for closing down the financial markets for several days, to have time to enact urgently needed reforms, beginning with a (global) Glass–Steagall banking reorganization, a prerequisite for carrying out a bankruptcy reorganization of the present financial system, and ending the “geopolitical” system. Respect for sovereignty must be reestablished, and ending sanctions is a necessary step towards such a new system of international affairs.

A summit meeting of President Donald Trump, President Xi Jinping, President Vladimir Putin and Prime Minister Narendra Modi — and possibly others — can start the process of replacing this degenerate system with a New Paradigm, based on the policies developed by the late American statesman and physical economist Lyndon H. LaRouche, Jr., which he called his “Four Laws.”

Peace through economic development, the “American System” policy, must once again become the U.S. government’s approach to the world.