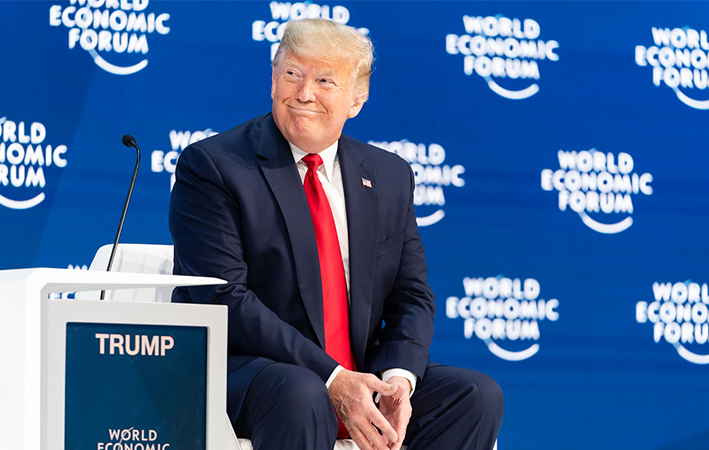 While 190 billionaires and their corporate and institutional flunkeys gathered at Davos, pushing a Green fascist agenda, U.S. President Trump intervened with a different axiomatic background. While his speech provoked hysteria, with some accusing him of “pointless optimism,” his praise of the citizens of Florence acting with imagination and boldness in building the great Dome—a feat often referred to by Lyndon LaRouche as exemplifying the spirit of human creativity and commitment to progress which resulted in the Renaissance—highlights again why the oligarchy is committed to ending his presidency.

Helga covered a number of topics, from the war danger, to the increasing likelihood of a financial collapse, coming back to the necessity for an emergency summit of three Presidents as a means to move into a New Paradigm, to overcome the dangers. She called on our viewers to join us to change the agenda, to bring mankind back to science and culture to counter war and destruction. Use the opportunity of this Beethoven year to discover the true beauty of human culture.