Webcast—Exposed! Those Running Coup Against Trump Want War with Russia! 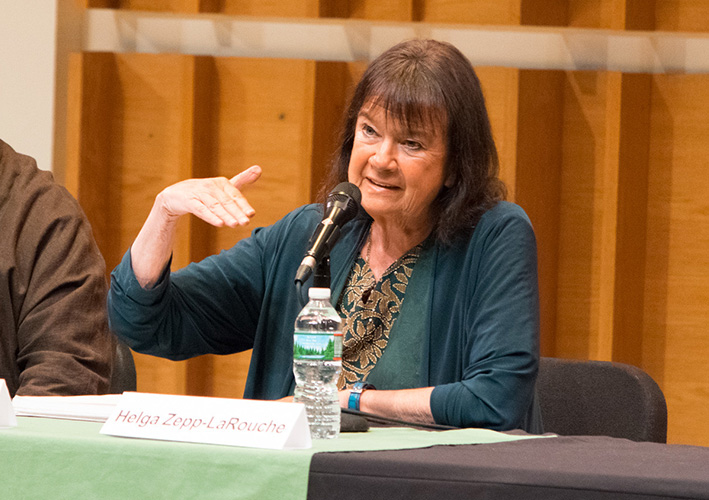 Webcast—Exposed! Those Running Coup Against Trump Want War with Russia!

November 23, 2019by Jason Ross in Helga Webcast, World war danger updates
Despite the frantic efforts of the public relations firms for the Military Industrial Complex—also known as the “mainstream media”—to prevent the truth about the intent behind regime change from becoming known, the truth is coming out.  As Helga Zepp LaRouche details in her analysis of the turmoil and upheaval sweeping the globe, the collapse of the Old Paradigm is what is behind the desperate actions of those behind Color Revolutions, as well as the insurgency against governments, e.g., in Chile, Ecuador, Colombia and France, where people are rising up against austerity. 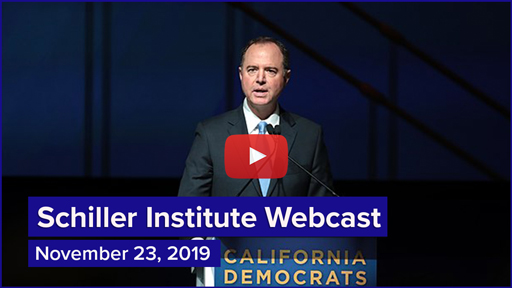 Zepp LaRouche makes the case that one cannot understand the absurdity of the charges in “Russiagte” or “Ukrainegate” without knowing the history behind them.  This is coming out now regarding the charges against Trump of “abuse of power” with regards to Ukraine—more will come out when the investigations by Horowitz, and by Barr and Durham, are released.  What it will show is that the same networks behind the Maidan coup in Ukraine in February 2014, are at the center of the coup efforts against Trump, and they are proceeding at full speed, despite the danger that their actions could lead to a war between the U.S. and Russia.

A key moment in countering this insanity was the extraordinary conference of the Schiller Institute on Nov.16-17 in Bad Soden, Germany, where activists from more than 30 countries came together in a Memorial for Lyndon LaRouche.  Helga emphasized that the presentations of the conference demonstrated the unique vision for the future of Lyndon LaRouche, and the scientific and cultural method he employed to make the ongoing battles intelligible, and therefore winnable.