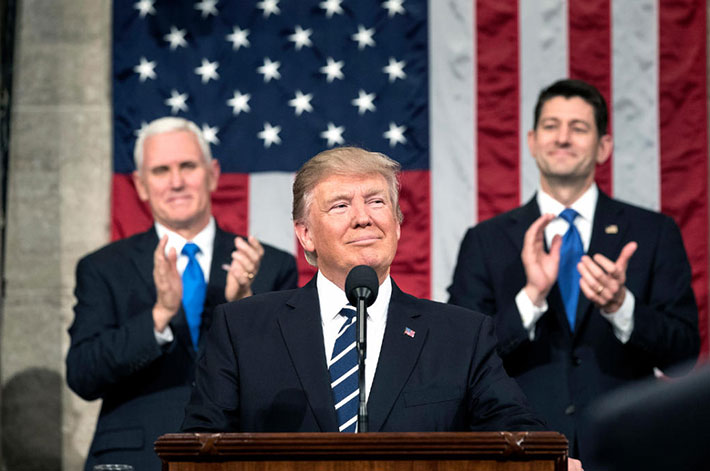 The discussion at this year’s just-concluded Davos conference was shaped by the keynote address given last year, by China’s President Xi Jinping, and by the continuing development of the Belt-and-Road Initiative (BRI). The presentation this year, by Chinese economic adviser Liu He, provided a rallying point for those attending who were not fooled by the cheerleading of the global stock market bubble, as he made clear that the model of China’s economic development, which has dramatically reduced poverty there, can be applied to accomplish that objective worldwide.

Much of the world is not just listening, but joining with China. It is now time for the United States to fully engage in the BRI.

President Trump has made improving relations with Russia and China a priority of his first year in office, despite desperate measures taken by the imperial oligarchy and the use of geopolitical machinations to stop him. As long as geopolitics defines the Trans-Atlantic response to China’s initiative, the danger of war increases. What is the perspective now, following Trump’s January 30 State of the Union address? What must be done to bring the U.S., and European nations, into the BRI? And what can be done to expand the mobilization, led by forces associated with the Schiller Institute, to defeat the coup being run against Trump?

These will be among the topics addressed by Helga Zepp LaRouche this Thursday.