Webcast: Learning the Lesson of the Lost Opportunity of 1989—This Time It Can Be Different! 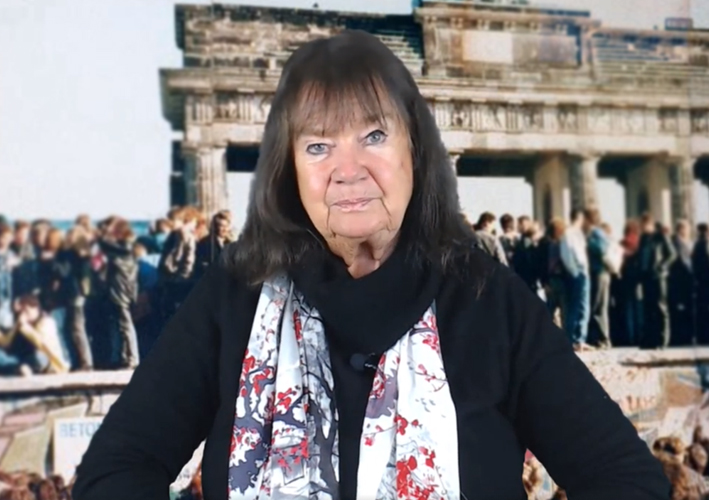 Webcast: Learning the Lesson of the Lost Opportunity of 1989—This Time It Can Be Different!

What really happened in 1989, when the Berlin Wall came down, and what can we learn from investigating the events of that historic period? In reviewing the reality of what actually happened thirty years ago, when the Berlin Wall was brought down, in contrast to the official narrative put forward by the neoliberals and geopoliticans, Helga Zepp LaRouche makes a passionate case for why this time will be different. The chance for world historic change exists briefly, but this time, she says, the opportunity is bigger. In contrast to 1989, when only the forces associated with her husband, Lyndon LaRouche, and the Schiller Institute, had a strategic plan, today there is the Belt-and-Road Initiative, and a growing recognition that a new crash is coming, and that sticking with the Old Paradigm imposed by the British Empire would be deadly.

She presents the decisive issues of 1989 as one who participated in them, and explains how the British Empire survived then, through assassinations, threats, and corruption, including the jailing of her husband. But the New Paradigm which is emerging globally, shaped by the ideas of LaRouche, is increasingly seen as the only viable option today, as the danger of a new crash has increased. Those defending the old order in Europe and the U.S. are increasingly exposed, with the investigations into the origins of Russiagate bringing out more evidence daily.

Now is the time to read the works of Schiller, she said, to become aware of the potential for each human being—including yourself!—to become a beautiful soul, and to use this discovery to become a force in making history, to make sure that humanity does not miss this opportunity.