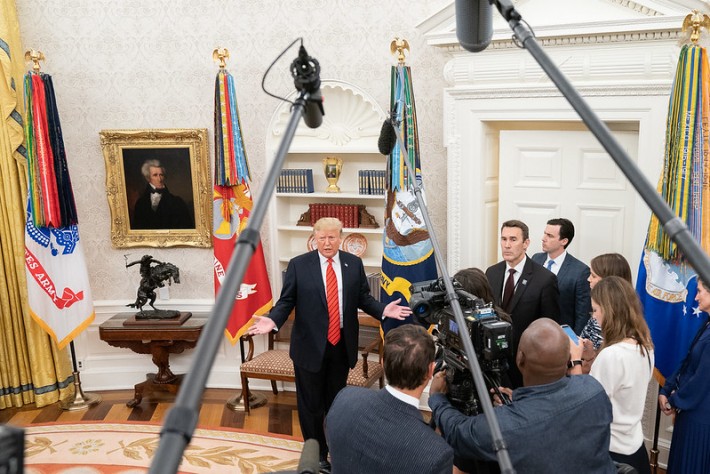 October 6, 2019by David Dobrodt in General

Drawing a sharp contrast between the actions of crazed central bankers, and the eco-fascists and regime changers they have funded and unleashed, Helga Zepp LaRouche spoke of the spirit of revolutionary optimism sweeping the globe. The effort to impeach Trump, she said, may very well backfire, as the investigation into the coup, by Attorney General Barr and prosecutor Durham, continues, with meetings in the UK and Italy, to smoke out the real foreign interference in the 2016 U.S. election — which was NOT by Russia!

At the same time, the attempt to use the terroristic rampage by “a virulent and loud minority” to trigger regime change in China will not succeed, as the vast majority of Chinese people are happy, and optimistic about their future, which she observed during her two visits to speak at conferences there this year. The intervention by the final British Governor of Hong Kong, makes clear the British role behind the coup efforts, and the Chinese should demand a full investigation at the U.N. of London’s role.

In contrast, she spoke of the SI conference in New York on October 5, as part of the International Observe the Moon Day, in which she and other speakers spoke of the New Paradigm emerging, with the theme “Mankind as a Galactic Species: The Necessary Alternative to War.” She called on viewers to catch the “healthy disease, Moon Fever” — “Don’t sit on the fence,” she said, the optimism needed to win comes from moving into the “New Frontiers of Knowledge.”

On a lighter note, she referred to the successful ironic, Swiftian intervention at the AOC town meeting by a LaRouchePAC organizer, pointing out that AOC demonstrated that she is “not the smartest cookie on the planet.”