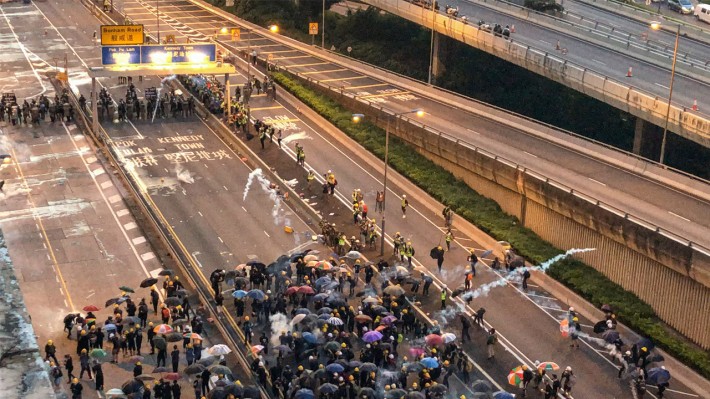 From protests in Hong Kong to Moscow; from shootings in El Paso, Texas to Dayton, Ohio; from the endangered U.S.-China trade talks to the ending of the nuclear arms control INF treaty—the London-centered forces seeing the collapse of their system have launched a series of destabilizations, designed to induce overwhelming pessimism about the future of mankind.

While the chaos they are unleashing is dangerous, it must be viewed from a strategic perspective. Their goal is to spread a culture of death and violence, while financial swindles associated with decarbonization are designed to create a flow of cash to bail out, at least temporarily, their bankrupt system.

In reviewing this densely complex global crisis, Helga Zepp LaRouche said that while there are no simple explanations, we can identify the fostering of cultural pessimism as a leading problem, reflected in the anti-scientific lies of “man-made climate change,” geopolitics, and neoliberal economics. The best antidote, she emphasized, is for every space-faring nation to cooperate in the positive expansion of mankind into space, proving that the Earth is not a closed system. In this way, we can move from confrontation to cooperation, demonstrating, as her husband Lyndon LaRouche always insisted, that the unique human quality of willful creativity offers a solution to all these crises.