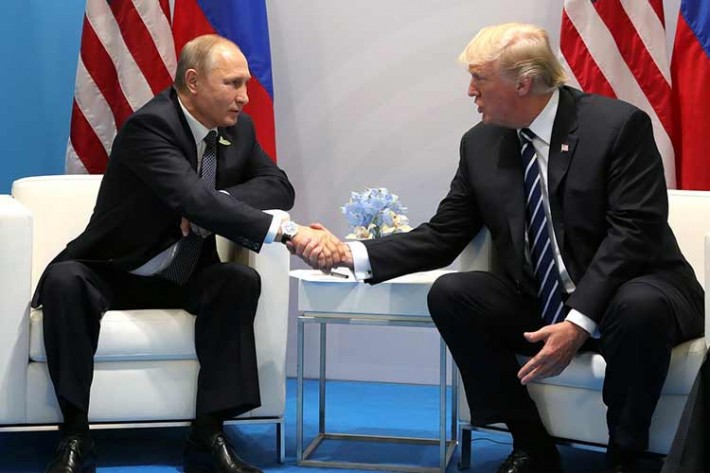 In reviewing the leading events of the week, Helga Zepp-LaRouche came back repeatedly to the unbridgeable divide between the imperial nature of the collapsing system, which is driving the world toward war, and the emerging New Paradigm, which has been brought into focus over the last fifty years by Lyndon LaRouche. This can be seen explicitly in the pro-war activities of NATO leader Stoltenberg, in his efforts to induce Trump to attack Russia and China—which Trump did not do—and his ravings later to the Congress, which was received enthusiastically by depraved Congressmen, in contrast with numerous signs of increasing collaboration by the emerging 4-Power alignment: for example, the progress of the BRI, President Xi’s recent visit to Italy and the upcoming Putin trip there, and in space cooperation, including Trump restoring a Moon-Mars mission for the U.S.

Helga pointed to several ironic juxtapositions to elaborate: Trump working for a trade deal with China, while the war party in the U.S. escalates its anti-China push; the call for Europe to become the “New Empire”, by French Finance Minister LeMaire, as the EU is facing a series of existential crises, from Brexit, to collapsing production figures just released in Germany, and hopelessly bankrupt financial institutions.

And as the anti-Trump coup plotters continue with their efforts to remove the President, with endless investigations, Helga emphasized the importance of exposing the “British character” behind Russiagate, as the most efficient means of making the nature of this fight evident, and to bring more citizens into the organizing process.