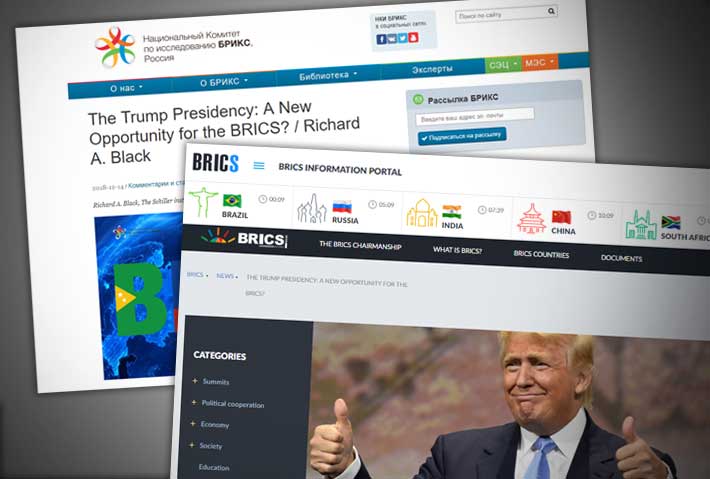 As part of the continuing impact of Helga Zepp-LaRouche’s October, 2018 address in Moscow at the Institute of Far Eastern Studies of the Russian Academy of Sciences, a lengthy article, based on her address, was published this week on the official websites of both the BRICS organization and of the Russian National Committee on BRICS Research. The article by Richard A. Black of The Schiller Institute is entitled, “The Trump Presidency: A New Opportunity for the BRICS?”

The Russian National Committee on BRICS Research was set up in coordination with the Russian Academy of Sciences and the Ministry of Foreign Affairs. It conducts on-going scientific research on strategic policy for Russia, in her role as initiator, in 2006, and as a leading member of the BRICS. The article discusses the surprising potential for US collaboration with the BRICS, beginning, first, with space exploration joint work, and it features Lyndon and Helga LaRouche’s “new ordering principle” for world affairs as proposed by Helga LaRouche at the Institute, in October.