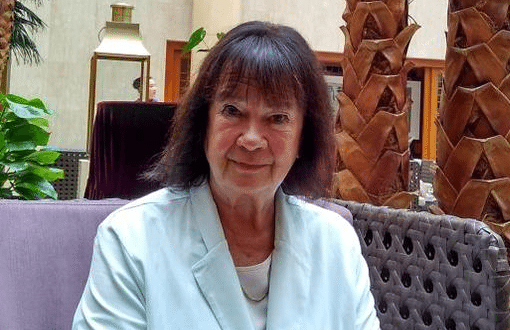 The Chairwoman of the international Schiller Institute Helga Zepp-LaRouche presented an overview of the current strategic situation and the perspectives for the future in a speech given in Moscow on Oct. 24 at the 23rd International Academic Conference: “China, Chinese Civilization and the World: Past, Present, and Future”. The event was organized by the Institute of Far Eastern Studies of the Russian Academy of Sciences.

Posing the question as to whether human society is capable of an efficient of self-government, Helga Zepp-LaRouche listed the “multiple crises” plaguing the world today: the imminent crash of the trans-Atlantic financial system, unprecedented polarization inside the United States, false flag operations in Syria, drug epidemics, the global migration crisis, terrorism and Nazism, and the increasing disunity in the EU.

While these challenges may seem unrelated, Zepp-LaRouche said, they must be understood as products of the “old paradigm” of thinking. To solve them, one must be aware of the principles defining the new epoch taking form.

She went to identify two “game changing” topics which create “totally opposite pathways for the future”. First, is the “monumental battle” in the United States to determine whether the coup attempt against President Trump will succeed and he will be driven out of office, or whether the perpetrators of that coup, which aims to prevent him from establishing good relations between the U.S. and Russia, will instead be prosecuted. “If Trump can consolidate his position, despite the many hawkish tones coming from the U.S. now, there does exist the potential that he will be able in the second half of his first term to improve relations with Russia and return to his initial positive attitude towards China.”

The second related issue, Helga Zepp-LaRouche went on, is the need to overcome the “Thucydides Trap,” i.e., the apparent conflict “between the power dominating the world up to now, the U.S., and the rising power, China,” by defining a solution over and beyond the specifics of either of them to address the fundamental interests of all nations and “thus shift the level of thinking to a higher plateau.” To avoid such a “Thucydides trap”, she stressed, the U.S. needs to be integrated into the organization of the new world order.

Such a higher plateau of thinking was defined by Zepp-LaRouche’s husband, Lyndon LaRouche, several years ago, when he proposed that the U.S., Russia, China and India, with the support of others, set up a New Bretton Woods system, that is, an international credit system to finance economic development, emphatically including that of developing nations. “The basic conception for such a new credit and economic system already exists in principle in the Belt and Road policy of President Xi Jinping,” Helga Zepp-LaRouche said. Today, it must be expanded and consolidated to respond to the needs of all mankind as a species, such as becomes evident in the field of space exploration.