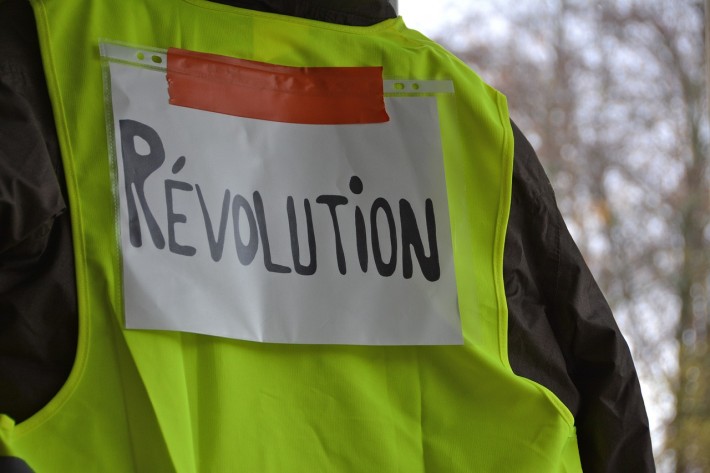 French President Emmanuel Macron has capitulated to the Yellow Vests revolt in France—what’s really going on?

The uprising in France is not a series of “protests”—this is the type of phenomenon that Lyndon LaRouche has previously identified as a “mass strike” (referring to the insights Rosa Luxemburg).

As the Schiller Institute has warned for decades, the so-called “climate change” scare is a cover story for a Malthusian policy of radical austerity—a British-globalist plan to reduce living standards, reduce energy consumption, and reduce population.