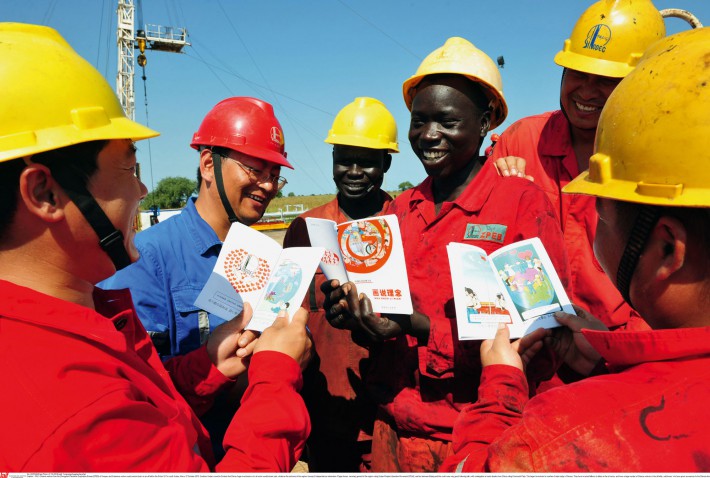 Nov. 4 -Jose Graziano da Silva, Director-General of the UN Food and Agriculture Organization (FAO), gave an interview to Xinhua on Nov. 3 which lavishes praise on China’s role in both alleviating hunger and advancing agricultural science. “China has made great achievements in curbing hunger and increasing food security, both domestically and globally, since the launch of its reform and opening-up 40 years ago,” Graziano da Silva told Xinhua.

Most interesting, Graziano da Silva totally debunks the 1995 book by Lester Brown titled {Who Will Feed China? Wake-Up Call for a Small Planet}, one of the major propaganda tools for the depopulation movement. “But China did succeed,” Graziano da Silva said. China lifted 80 million people out of hunger in what Graziano da Silva called “the most successful program that I know of in the world.”

Xinhua quotes the FAO 2018 World Food Security report, which states that the world produces enough food to feed everyone, yet one in nine people goes hungry and 821 million people are chronically undernourished. In 2007 over 15% of the chronically undernourished were in China, but that is now down to 9%. Graziano da Silva said this is “closely related to what China is doing to eradicate poverty, especially in rural areas.”

Xinhua reports that Graziano da Silva designed and implemented a Zero Hunger program that lifted 28 million people out of poverty in 10 years in his native Brazil, and that China’s program using reforestation to combat poverty along the Mongolian desert became “an example for my country.”

Graziano da Silva said China is helping the FAO with its South-South cooperation programs in Africa, including Chinese scientists helping to develop drought-resistant varieties of rice. He notes that in 2006, China was the first country to establish a strategic alliance with the FAO on South-South cooperation, and today more than 1,000 Chinese experts and technicians have supported 37 countries in Africa, Asia, the Pacific, Latin America and the Caribbean on agricultural issues.

On the Belt and Road, Graziano da Silva said: “The BRI is providing support for countries such as Malawi, for example, they produce enough food, but they lose half of it due to lack of storage. So we believe that infrastructure (projects) that are part of the BRI can help a great deal to improve food security and reduce food loss and waste, which in turn will also reduce pressure on natural resources.”

Graziano da Silva announced on Nov. 2 that the FAO will establish an International Center of Excellence for Agriculture Innovation and Rural Development in Beijing, aimed at helping to reach the FAO’s Zero Hunger goal by 2030.