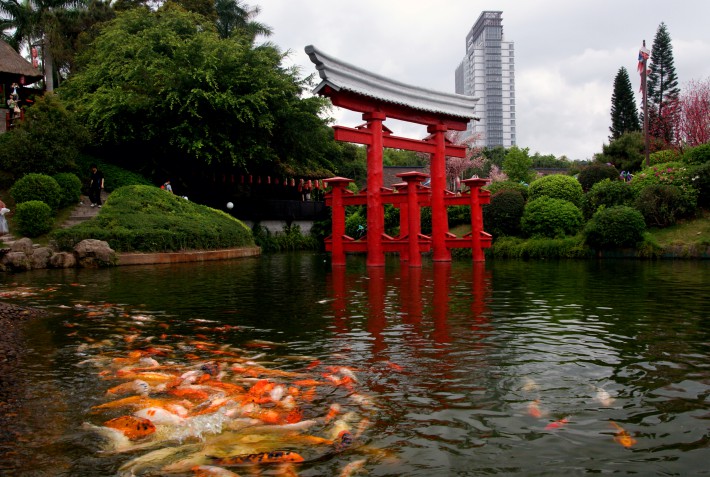 Jan. 28 -The two-day visit to Beijing by Japan’s Foreign Minister Taro Kono has brought several major developments to the urgent task of uniting the three Asian powers around the concept of peace through development.

At the end of the visit Sunday evening, China and Japan jointly announced that the annual summits among the Chinese, Japanese, and Korean leaders would be revived “as soon as possible,” after having been cancelled since 2015, supposedly over terrritorial issues in the East China Sea. Premier Li Keqiang will represent China at the summit.

In addition, Norio Maruyama, a spokesman for the Japanese delegation, said the summit could set the stage for reciprocal visits by Prime Minister Shinzo Abe and Chinese President Xi Jinping — a trip neither leader has made since coming to power in 2012, as Bloomberg pointed out. “What we are envisaging is a visit to China by Prime Minister Abe and after that a visit to Japan by President Xi Jinping,” Maruyama said.

Kono met with Foreign Minister Wang Yi, Premier Li Keqiang, and State Councillor Yang Jiechi. Xinhua reports that the talks were frank, with Li stating that Japan needed to “properly handle sensitive issues related to history and differences between the two sides,” while Wang Yi said: “At present, China-Japan relations are at a crucial stage. There is positive progress, but many disturbances and obstacles remain.”

Kono’s visit came on the 40th anniversary of the signing of the China-Japan Treaty of Peace and Friendship.

China’s strained relations with South Korea were lessened with China’s agreement to allow their opposition to the THAAD missile issue to be put aside in order to work together on other issues. The Japan-China relationship has been greatly improved by Prime Minister Abe’s announcement last year that Japan will co-finance projects with China in the Belt and Road Initiative.

“Kono said the government was ready to cement political trust and concrete cooperation with China, enhance high-level exchanges and contacts among various levels to promote the full improvement of ties.” Most importantly, the press release by Kono and Wang Yi addressed the East China Sea dispute:  “China and Japan should work together to build the East China Sea into the sea of peace, cooperation and friendship.”

Equally important, in light of the militarist statements coming from the U.S. institutions calling Russia and China “adversaries” and “threats,” Wang Yi asked both sides to build political trust, and urged Japan to treat China as a “partner” instead of “rival,” and view China’s development as an “opportunity rather than a threat.”