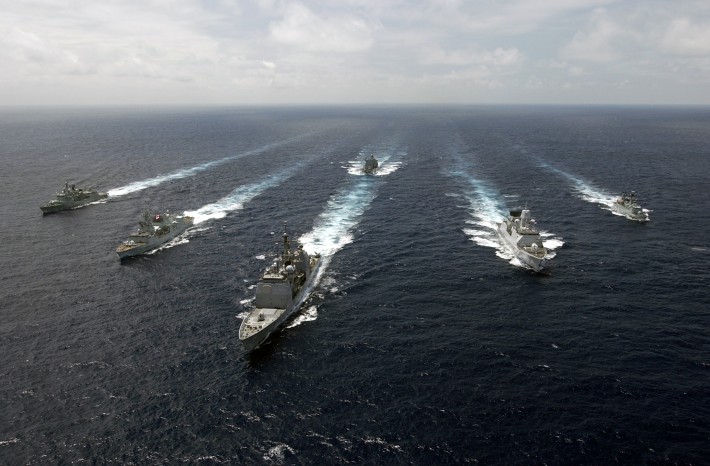 As the Russians and Syrians have exposed preparations for a new false flag chemical weapons attack in Idlib province, to be blamed on Syria, the choice of war and peace is now directly posed to the people of the Trans-Atlantic region. That the same dirty imperial intelligence networks responsible for previous incidents, which led to U.S., U.K. and French military strikes against Syria, and played a role in imposing new sanctions against Russia, shows how desperate they are to counter the emerging force of a potential four power arrangement, to replace their collapsing system with a New Bretton Woods system.

Further, that the same networks preparing this new war provocation have been exposed as behind the Russiagate attacks on President Trump means that the stage has been set for taking them down. What is required is a mobilization, leading up to the crucial mid-term elections in the U.S., of those who elected Trump in 2016, and those in Europe who have supported the continuing insurgency against the brain-dead establishment parties still running the neo-liberal post cold war order, demanding that governments join the New Paradigm associated with the New Silk Road policy.

Helga Zepp LaRouche and the Schiller Institute have been at the forefront in this mobilization. Join her this Thursday for the latest update in this fight, and for necessary marching orders to put an end to the provocations of the neo-liberals and their dangerous geopolitical intentions.