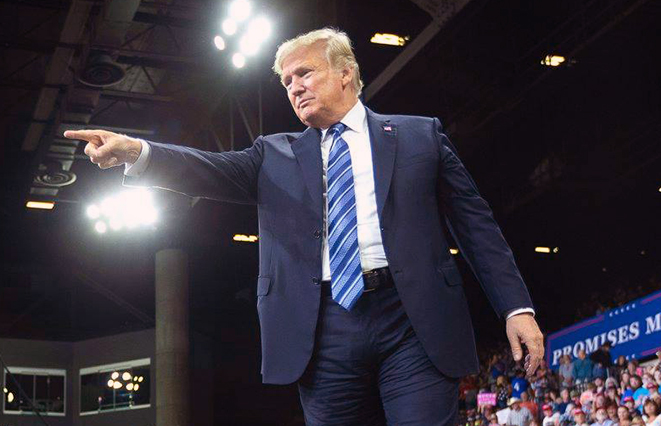 With the successful flanking maneuver agreed to by Russian President Putin and Turkey’s President Erdogan, to set up a demilitarized zone in Idlib province, the immediate danger of British-directed military confrontation with Syria has been momentarily defused. The British, backed by U.S. neocon war hawks Nikki Haley and John Bolton, have been threatening a U.K.-U.S.-French strike on Syria, if the Assad regime uses chemical weapons there, or if there are significant civilian casualties, as part of an assault on terrorists burrowed inside civilian population. While there has been no Syrian chemical weapons attack previously, the danger remains that London’s White Helmet assets and the terrorists they support may launch a False Flag chemical weapons attack, which they would blame on Assad, to justify a strike on his forces, and their propaganda machine continues to attack Syria for acting to free their nation of terrorists, with Russian and Iranian support!

The same British networks pushing for a broader conflict in southwest Asia are on the defensive elsewhere, as the forces allied to bring about a New Paradigm continue their peace-through-development offensive. The North and South Korean presidents are holding an historic meeting in Pyongyang. The just-completed FOCAC conference in Beijing demonstrated the enormous potential for African nations to develop as part of China’s Belt-and-Road Initiative. And corrupt U.S. Justice Department/FBI officials who have colluded with the Brits to create “Russiagate” are in danger of having criminal charges brought against them, due to President Trump’s decision to declassify documents which expose their illegal actions to achieve regime change in the U.S.

Lyndon LaRouche’s vision of a Four Power alliance, in which the U.S., Russia, China and India organize a New Bretton Woods monetary system which would end colonialism forever, is much closer to being realized than almost anyone could know. Why is that? — Because most of the world is subjected to the lies of the London-directed imperial faction, which is fighting to maintain control through their geopolitical doctrines of divide-and-conquer, and war.

One who does know how close we are to realizing the vision of Mr. LaRouche is his wife Helga. Join her this Thursday for the Schiller Institute strategic webcast, as she will provide for you a clear view of the beautiful possibilities which are now within reach.