Video compilation: Why Friendly U.S.–China Relations Are Good for the World! 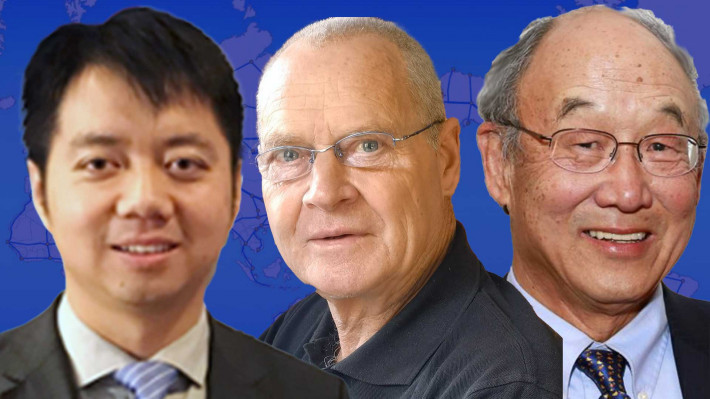 Video compilation: Why Friendly U.S.–China Relations Are Good for the World!

The June 18–19 Schiller Institute Conference, “There Can Be No Peace Without the Bankruptcy Reorganization of the Dying Trans-Atlantic Financial System,” featured critical views of the currently deteriorating U.S.–China relationship from the perspective of a prominent Chinese scholar and a well known leader within the Chinese-American community. Dr. Wang Wen, Executive Dean of the Chongyang Institute for Financial Studies and Deputy Dean of the Silk Road School at Renmin University in China, spoke on the subject of “Why China’s Rise is Beneficial to the World.” In the course of his presentation, he makes clear that China’s leadership and its people have no desire to dominate the world. Instead, they desire a friendly relationship and win-win cooperation with the West, but will go to war if necessary to defend their national sovereignty and their right to develop.

Dr. George Koo, retired business consultant in U.S.–China trade and chairman of the Burlingame Foundation, on the topic of “U.S.–China Cultural Relations Are Critical to Prevent War,” speaking as a proud American voices his concern over the degeneration of the Western political class into a single fixation on money and personal power. He sounds the alarm bells over the current U.S. policy of containment and confrontation with China, which is leading to war, particularly over the issue of Taiwan independence. Dr. Koo expresses his hope that the Schiller Institute, through its international conferences, can serve as a vehicle to convince the American people that their government’s policy towards China must be changed to avert disaster.

Dr. Uwe Behrens, a logistics manager and author from Berlin, in his presentation “The Non-Rival Doctrine” debunks the fake “Xinjiang genocide” narrative coming from disgusting purveyors of disinformation such as German anthropologist and xenophobic nut job Adrian Zenz and shows how their lies are laundered through the Western mainstream media for the purpose of brainwashing people into hating China. He demonstrates that this anti-China strategy has its roots in the 1993 non-rival doctrine of then Vice President Dick Cheney based on the idea that with the fall of the Soviet Union, never again will any nation be allowed to grow powerful enough to challenge the hegemony of the United States. He thanks the Schiller Institute for organizing a conference that can be used as a platform to stop the dangerous escalation of confrontation by the West with China.