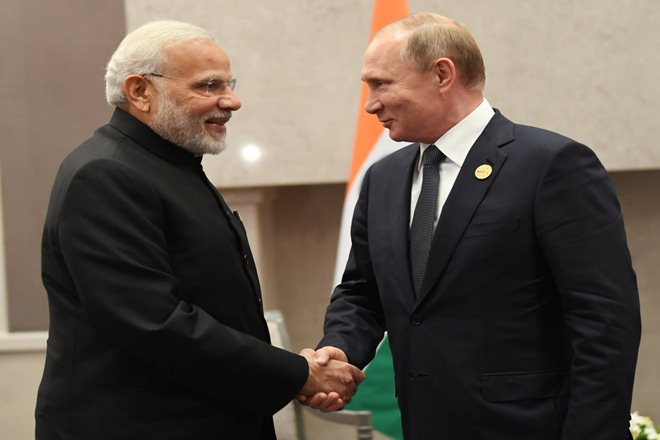 The BRICS summit last week in South Africa demonstrated how far the New Silk Road spirit has spread, shaping relations between nations on the basis of mutual benefit. Under the leadership of China’s Xi, Russia’s Putin, and India’s Modi, both the official proceedings of the BRICS and the bilateral discussions which occurred during the summit showed that a new era of peaceful cooperation has emerged. Will the Trans-Atlantic nations join it, or follow the British imperial geopoliticians to sabotage it, using assassinations, regime change and general warfare to do so?

The “Singapore model,” of dialogue instead of war, which was created when President Donald Trump met with North Korean President Kim Jong-un, and then continued in the Trump-Putin Helsinki summit, has been under intense assault. The Fake News media have been deriding the results and denouncing the participants, Trump and Putin, while neo-cons and neo-libs in both U.S. political parties and in mainstream European parties are engaging in schemes to shut down the process. Unfortunately for them, the significant meeting between Trump and new Italian Prime Minister Giuseppe Conte cemented an alliance between the two nations, in opposition to the Trans-Atlantic status quo, and in the press conference afterwards, may have opened a new possibility to apply the Singapore model.

Asked whether he would speak to Iran’s leaders, Trump said “I’ll meet with anybody….There’s nothing wrong with meeting….. I’m ready to meet anytime they want to…. I think it’s an appropriate thing to do.” While there are still obstacles to overcome for a resolution to be achieved between the U.S. and Iran, Trump’s sentiment is a step forward. When it comes to matters of war and peace, dialogue is preferable to war, which can overcome the problems created by the geopoliticians, who clearly prefer war.

Helga Zepp LaRouche said the year 2018 should be the year in which humanity rejects forever the geopoliticians’ model, based on pitting each against all, to protect the interests of the Empire. She will speak on the most recent developments, and the road ahead, this Thursday. Be sure to “tune in.”