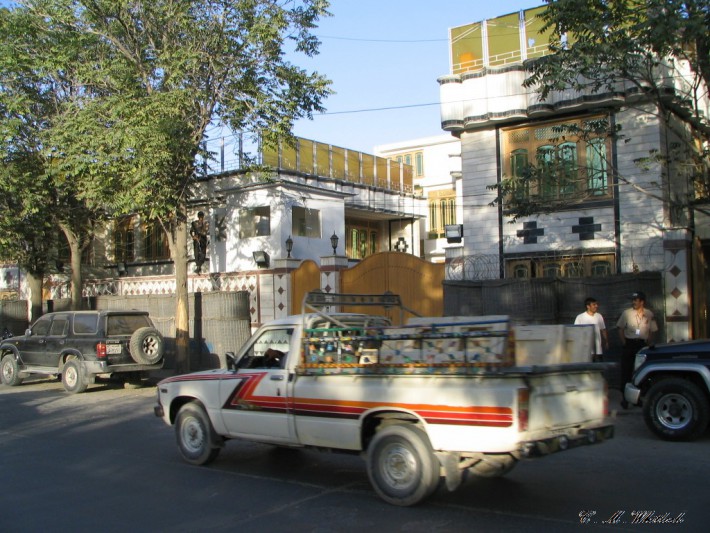 Afghanistan Looks to India and China To Build Rail

May 1 -Informed sources in New Delhi have told the Indian daily, {The Statesmen} that senior officials from India and China will meet soon to discuss “the broad contours” of their joint cooperation on development projects in Afghanistan which Prime Minister Narendra Modi and President Xi Jinping discussed at their two-day informal summit in Wuhan last week. Afghani Ministry of Economy spokesperson Suhrab Bahman gave an idea of the scope of development that could result on Apirl 29, reporting that one of the joint projects will be the construction of a railroad connecting Afghanistan, Tajikistan, Kyrgyzstan, Iran and China. That exciting potential was reported by Afghan TOLOnews.  Bahman said, in TOLOnews’ report, “that China is interested in giving Afghanistan more share in the ‘Belt and Road’ project connecting China with Central Asia.”

Such joint work will proceed, even though India is not likely to formally endorse the Belt and Road Initiative by name anytime soon, similar stories appearing today in {The Statesman} and {New Indian Express} report.

The {New Indian Express} cited Chinese Vice Foreign Minister Kong Xuanyou’s statement to reporters after the Wuhan summit, that “when it comes to connectivity, China and India do not have any principled disagreements.” He said that the two leaders “did not talk about the specific wording or expression of the Belt and Road, many things China and India are planning to do are in keeping with what the Belt and Road Initiative stands for.”

Afghanistan signed a Memorandum of Understanding with China on the BRI in May 2016, while India is already helping build a road and rail network to connect the Iranian port of Chandahar with Afghanistan, and then up north into Central Asia.

The other “connectivity” project where India and China are already cooperating cited by both newspapers is the Bangladesh-China-India-Myanmar (BCIM) economic corridor. China considers the BCIM as an important part of the Belt and Road; Indian diplomats emphasize that the project started before the BRI.

The {New Indian Express} asked a senior Indian diplomat if the joint project in Afghanistan implies that India might take a “softer” stance toward the BRI when Modi attends the June Shanghai Cooperation Organization summit in China?

“Most unlikely,” the diplomat said. “Given that we have elections next year, any such move would be seen as a climbdown by the electorate. We will continue to oppose the CPEC [China-Pakistan Economic Corridor]. But does that mean we can’t join other segments of the BRI if they align with our own interests?”