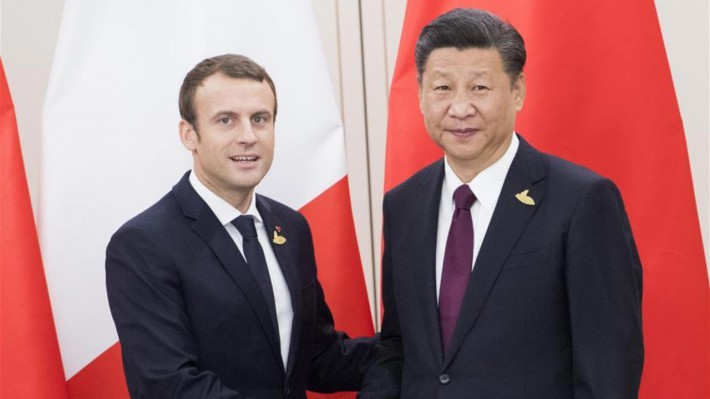 In opening a three-day visit to China, French President Emmanuel Macron declared that, with the reinvention of the ancient Silk Road, which he called a “treasure of civilization,” China “has accomplished a dream.” As China has lifted 700 million out of poverty, he said, the Chinese can now come to Europe, to help accomplish the same there. Remember, Macron stressed, the Belt-and-Road Initiative (BRI) works both ways. “The ancient Silk Roads were never only Chinese. By definition, these roads can only be shared. If they are roads, they cannot be ‘one way.'”

With these words, Macron is echoing a call made a week earlier by Helga Zepp LaRouche on her weekly webcast, when she called on European governments to become active participants in BRI projects with China, to address the growing levels of poverty in Europe.. Mrs. Zepp LaRouche emphasized that, due to the economic policies of China’s President Xi Jinping, there are now many fewer people living below the poverty level in China than in Europe. She noted today that Macron’s message from China will send shock waves throughout the world, as it represents a reversal of policy. In particular, it puts Berlin and Brussels on notice, as these capitals remain stubbornly, and foolishly, resistant to the potential for cooperation with China’s “win-win” policy, which is overturning the imperial doctrine of geopolitics.

As the battle intensifies in the United States to defeat the neocons, with their hysterical and dangerous nostalgia for a disappearing unipolar world defined by geopolitical confrontation, Macron’s promotion of the “Silk Road Spirit” demonstrates that there is a new dynamic shaping policy in the world. The Schiller Institute, and Mrs. Zepp LaRouche personally, have been the leading advocates for this new paradigm.

For a strategic update on the implications of the transformation underway, join us for this week’s Schiller Institute webcast, featuring Helga Zepp LaRouche.