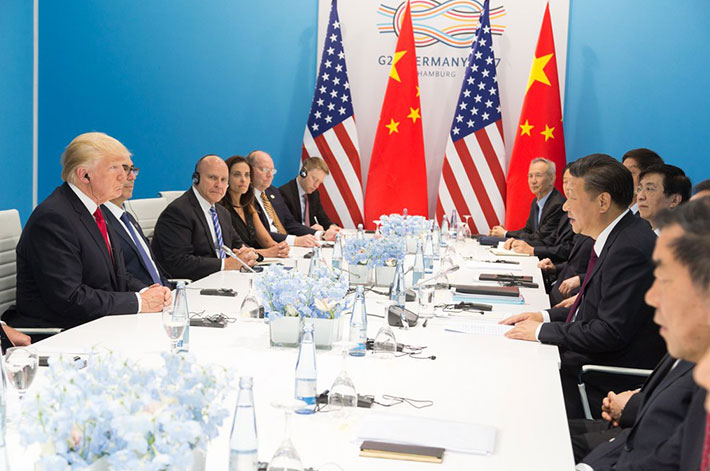 Tune in on Thursday at 12PM EDT/6PM CET!

With President Donald Trump set to leave for his Asia tour within days, the stakes couldn’t be higher. Following the inspiring developments of the 19th Congress of the Chinese Communist Party, Trump called President Xi Jinping to congratulate him on the results, and to confirm that he is looking forward to their meeting on November 8. Trump will be traveling with a number of American businessmen and manufacturers, who are hoping to expand trade opportunities with China, and to become participants in the global projects of the Belt and Road Initiative (BRI).

Helga Zepp LaRouche has emphasized that the success of this tour by Trump would consolidate a cooperative alliance between the U.S., Russia and China, which would spell the end of the imperial, unipolar geopolitical order run by neocons and neo-liberals, which has put the world on the edge of global economic collapse and World War III.

Sadly, few people in the West are aware of this potential historic breakthrough. The only “news” available to those in the Trans-Atlantic region is the latest unconstitutional provocations of the legal assassin, Robert Mueller, who is the point person for a desperate effort by the London-centered oligarchs intent on stopping the momentum of the BRI, and prevent Trump from succeeding in bringing in the U.S. as a partner.

Join us on Thursday, as Mrs. Zepp LaRouche, the chairwoman of the Schiller Institute, will provide a necessary strategic corrective to the Fake News, based on spreading the Spirit of the New Silk Road.

As China, under Xi Jinping’s leadership, is moving ahead with plans for the Belt and Road Initiative (BRI) to realize the dream of global economic cooperation, as the basis for peace, the City of London/Wall Street-controlled media has become more dishonest and vicious than ever.  In the last days, the {Wall Street Journal}, {Time} magazine and London’s flagship, {Economist}, have added their voices to the chorus of shrieks attacking China.