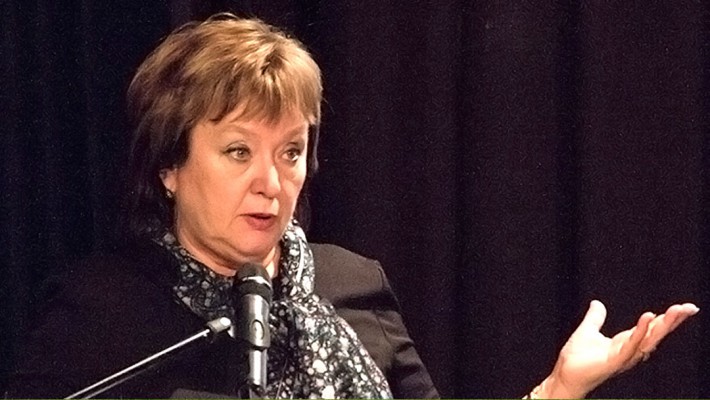 Stop the Political Terror, Defend the Right to Life of Leaders of a Ukrainian Opposition Party!

To President of Ukraine P. Poroshenko

Chairman of the Security Service of Ukraine V. Hrytsak

Minister of Internal Affairs of Ukraine A. Avakov

Representative office of the OSCE in Ukraine

Representative office of the European Union in Ukraine

Embassy of the United States of America in Ukraine

Embassy of the Federal Republic of Germany in Ukraine

Embassy of France in Ukraine

Embassy of Italy in Ukraine

Embassy of the Republic of Poland in Ukraine

Embassy of the Russian Federation in Ukraine

Embassy of the Republic of Belarus in Ukraine

Embassy of Israel in Ukraine

Stop the Political Terror, Defend the Right to Life of Leaders of a Ukrainian Opposition Party!

I am compelled to ask you to defend the political rights of members of the Progressive Socialist Party of Ukraine (PSPU), which have been grossly violated, and to seek a halt to actions impeding the lawful activity of our party.

On 28 October 2016 at 16:30, a group of unknown persons, among whom were fighters of the Azov Battalion under the direction of A.E. Shatilin, forcibly seized the premises located at 3/7 Podgornaya/Tatarskaya St., Kyiv, which legally belong to Siver Ukraina LLC. These property rights were established by decision #18/519 of the Kyiv Commercial Court, dated 22 July 2003, and have not been revoked by any party up through the present time.

The PSPU kept its party documents, including the originals of the Charter and Program of the PSPU, proceedings of its congresses, plenary sessions of its Central Committee, and sessions of the Presidium of its Central Committee, as well as the party archives, emblems and literature, in these rented premises. The party papers included the registration documents of the local, district and regional party organizations; the personal data of the local and central party leadership; originals and copies of numerous court rulings made during the 20 years in which the PSPU has been active; a large quantity of photo and video material from throughout the years in which the party has existed; computer and duplicating equipment; cameras and video recorders; household appliances; and personal property belonging to me, the chairman of the PSPU and a People’s Deputy of Ukraine in two convocations, to V. Marchenko, deputy chairman of the PSPU and a People’s Deputy of Ukraine in three convocations, and to several other party members. In addition, the rented premises housed our unique historical, legal, economic, political, sociological and statistics library; records related to meetings with citizens on personal issues; my scientific and analytical working papers (as a professional economist, a doctor of economics); and papers belonging to the editor-in-chief of the PSPU newspaper Dosvitni ogni, which are needed by V. Marchenko for his work as a journalist.

I note that neither the SBU [Security Service of Ukraine] nor the MVD [Internal Affairs Ministry] has made any claims of crimes against myself or V. Marchenko and has not initiated proceedings on such matters.

In the absence of a court decision authorizing eviction from the premises and in the absence of any officer of a court, what occurred on Friday, 28 October 2016 was a forcible seizure of the entire premises owned by Siver Ukraina LLC, including the premises rented by the PSPU. That is, there took place in addition an illegal seizure of the property, documents, equipment, literature and emblems of the PSPU.

A.E. Shatilin stated on Saturday, 29 October 2016 that the SBU had conducted a search in the Siver Ukrainia LLC premises, including the PSPU premises, and had removed two busloads of property, documents, literature, computer equipment, and so forth, which were essentially stolen from us. No warrants for the search and seizure of documents or party and personal property have been presented either to the owner of the premises, Siver Ukraina LLC, or to me as chairman of the PSPU.

I emphasize that on Friday, 28 October 2016, when the forcible seizure of our premises was carried out, I personally demanded of police officers and of investigator D. Soroka that they ensure the security and safe-keeping of our party property, documents, literature and equipment, as well as the personal possessions of the PSPU’s leaders and members. That is, to prevent outside parties from entering the premises rented by us. My demand was ignored, and the law enforcement agencies did not defend our rights.

On Monday, 31 October 2016, I personally, V. Marchenko, and representatives of other renters were barred from entering our places of work. We were compelled again to summon the police from the Shevchenko District of Kyiv, who recorded this instance of violation of the law.

I believe that the illegal seizure of the Siver Ukraina LLC premises and the entry into the premises leased by the PSPU were committed for the purpose of impeding the political activity of the PSPU, an opposition party, and of fishing for spurious grounds on which to ban our party, launch criminal prosecutions of myself and V. Marchenko as leaders of the party, and intimidate members of the PSPU and of society as a whole.

This political action is aimed at suppressing the freedom of speech and the freedom of thought and beliefs, and at legalizing dictatorial forms of combating the opposition. The harassment of the PSPU and the unlawful inaction of Ukrainian law enforcement agencies are particularly distinguished by the circumstances not only that the PSPU on reasonable ground criticizes the government’s socioeconomic and foreign policy, but also that our party takes an anti-fascist position and openly, providing evidence and invoking the norms and principles of international law, publicizes the collaboration of members of the OUN-UPA [Organization of Ukrainian Nationalists and Ukrainian Insurgent Army] with Nazi Germany and exposes their crimes during the occupation of Ukraine by Hitler’s forces.

The inaction of the law enforcement agencies and the free hand allowed to the Azov fighters portend, in addition to a political crackdown on the PSPU, the threat of physical elimination of myself, V. Marchenko, and core PSPU activists.

Please give your urgent attention to this appeal, and defend the Progressive Socialist Party of Ukraine against discrimination and unlawful infringements on the part of agencies of state power and of radical guerrillas; I ask you, as well, to ensure the right of the citizens of Ukraine to take part in the lawful activity of the PSPU on the basis of the Constitution of Ukraine, the Law of Ukraine “On Political Parties of Ukraine,” and the European Convention for the Protection of Human Rights and Fundamental Freedoms. I ask you to ensure the personal security of myself, V. Marchenko and members of the PSPU.