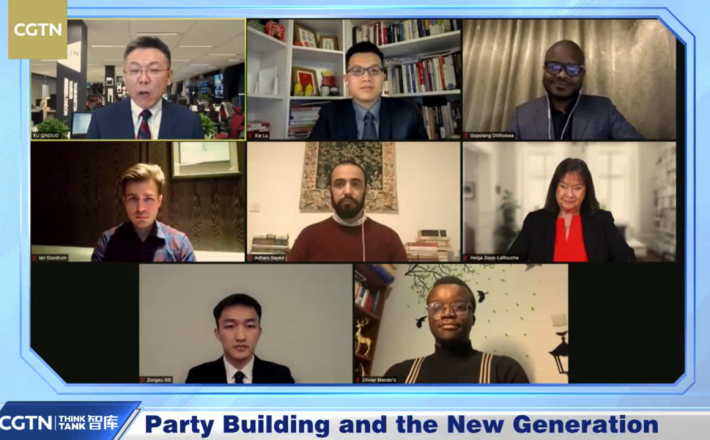 Schiller Institute President Helga Zepp-LaRouche added a profound call for sanity in an interview on China’s CGTN TV today. Asked to make suggestions for today’s youth in a moment of great peril, she responded that the fundamental issue is the image of mankind, with two opposite views being contested. The one is that of the Malthusian and oligarchical view, that man is a parasite, polluting Mother Nature, and the fewer people the better, a view most evident in those promoting the climate scare. The other view is that which perceives that every person is sacred, blessed with the power of reason, capable of making discoveries of new principles of nature which can be applied to enhanced production and higher standards of living for all. She said that it is time for all of humanity to unite behind this elevated view, to form a common party of mankind which unites citizens of all countries in a common mission, without contradicting the interests of the diverse and beautiful cultures of the world. To start this process, she said, mankind must unite behind the urgent need to end the pandemic, and all future pandemics, by building modern health facilities in every country. This would create a potential branching point for the human race, building the basic infrastructure required for the health of all people, and ending once and for all the idea that poverty is an unavoidable part of civilization which can not be eliminated. In 100 years, she added, when we have become a space faring species, national boundaries will be less important.