Let me begin by thanking Madam Helga Zepp-LaRouche for inviting China Soong Ching Ling Foundation to the Schiller Institute’s 30th Anniversary Conference. I feel deeply honored to have this opportunity to listen to the invaluable insights and speak and exchange with you at this enlightening conference.

As Confucius said, “at thirty, I stood firm”. For a person or an organization, thirty years of age is of great significance. So, on behalf of China Soong Ching Ling Foundation, my colleague, Mr. Chen Bo and I have come from Beijing to you, to express warm congratulations on the Schiller Institute’s 30th Anniversary Conference and pay tribute to the Schiller Institute for its relentless efforts in safeguarding the right of mankind to progress and development.

We are here to learn from the Schiller Institute and the participating colleagues, experts and scholars from various countries and NGOs. Yesterday and today, Madam Helga Zepp-LaRouche and the participants have shared views on the “New Silk Road and China’s Lunar Program”, world peace, and the new era and new paradigm of human society. The discussions have not only benefited us with stimulating ideas but also inspired us with new perspectives. With such new perspectives, we will think further about the historical and cultural values of the ancient Silk Road that originated in China and extended all the way throughout the world, and about the “One Belt and One Road” proposal made by President Xi Jinping (i.e. the Silk Road economic belt and the 21st century maritime silk road”), its far-reaching historical significance and great relevance for the development of China and the world and the huge contribution it will make to peace and wellbeing of mankind.

We are here also for enhancing mutual understanding and friendship through the bond of the Silk Road. As an ancient Chinese saying goes, “though born a thousand li apart, souls which are one shall meet”. At the end of last August, China Soong Ching Ling Foundation invited Madam Helga Zepp-LaRouche to attend the Cultural Roundtable Conference on “One Belt and One Road” and visit the Jiayuguan Great Wall and the Mo Kao Grotto at Dunhuang along the ancient Silk Road. And the day when the Roundtable was closed coincided with Madam Helga Zepp-LaRouche’s birthday. We had the honor of spending a wonderful and unforgettable time with her in Lanzhou University. In early September, she travelled to Beijing, where she visited the former residence of Madam Soong Ching Ling and talked intensively with leaders of our Foundation on “One Belt and One Road” to explore possible cooperation areas. Now in mid-October, less than two months after Madam Helga Zepp-LaRouche’s visit to China, the Schiller Institute is holding the conference on “the new Silk Road and China’s lunar program” in celebration of its 30th anniversary, which will bring together the world, Germany and China, match ideas to music and link classics with modernity. A highlight of the thirty years’ excellence of the Schiller Institute, this conference represents how Madam Helga Zepp-LaRouche’s connects her deep thinking on human development with her China Silk Road experience and also continues the bond between the Schiller Institute and China Soong Ching Ling Foundation forged through the Silk Road. Thanks to this conference and the Silk Road, we are gathered here to meet friends, old and new, for enhanced mutual understanding, contacts and friendship.

To celebrate the Schiller Institute’s 30th anniversary conference and pay tribute to the Schiller Institute’s efforts to promote the brilliant pearl of culture – German classic music, China Soong Ching Ling Foundation has prepared this model of ancient Chinese chime as a gift for the Institute. Chime is a percussion instrument of ethnic Han Chinese in ancient China, with its origin in the Western Zhou Dynasty (1046 BC – 771 BC) and its prime time in the Eastern Zhou Dynasty (770BC – 221 BC) (including the Spring and Autumn period and the Warring States period), the Qin Dynasty (221 – 206 BC) and the Han Dynasty (206BC – 220AD). China was the first country to produce and use chimes, which speaks to the achievements of Chinese bronze craftsmanship and tonality in ancient China. It embodies the great wisdom of ancient Chinese and the splendor of China as an ancient civilization. The second part of Wanzhang of The Mencius has this: ‘In Confucius we have what is called a complete concert. A complete concert is when the large bell proclaims the commencement of the music, and the ringing stone proclaims its close. The “large bell” refers to chimes. We hope that the Schiller Institute at the age of thirty will make comprehensive achievements, like a complete concert, in promoting ancient music and traditional culture, advancing cooperation among countries and regions along the Silk Road and facilitating scientific and technological progress. It is also our hope that our two organizations will work together to enhance exchanges between the Chinese and German civilizations and between Eastern and Western traditional civilizations, including classic music.

Madam Helga Zepp-LaRouche and her husband Lyndon H. LaRouche, together with the Schiller Institute they founded have long been committed to today’s world economic restructuring and reconstruction of international order. They attach great importance to the position and role of Asia and China, in particular, in realizing their proposed new global governance paradigm. That’s the philosophical foundation behind Madam Helga Zepp-LaRouche’s high appraisal of the new Silk Road and China’s lunar program and her efforts to promote global understanding of these two remarkable projects. She once said something to the effect that to enhance win-win cooperation among countries in Asia, Africa and Latin America, China proposed the new Silk Road, presenting a completely new perspective and like the ancient Silk Road, the new Silk Road will facilitate flows of ideas, goods, culture and science and more importantly it is open and invites all countries in the world to participate. China Soong Ching Ling Foundation deeply endorses her perspective and understanding of the new Silk Road.

Now I would like to ask Mr. Chen Bo to introduce these slides. Thank you very much!

We are China Soong Ching Ling Foundation (CSCLF), a non-governmental organization (NGO). In memory of Soong Ching Ling, a great lady of the 20th century and the former Honorary President of the People’s Republic of China, the foundation was founded after her name in May 1982.

Our Objectives are Peace, Reuniﬁcation and Future：Peace—Promoting International Friendship and Safeguarding World Peace；Reuniﬁcation—Developing Exchanges across the Taiwan Straits and Promoting Reuniﬁcation of the Motherland；Future—Caring for the Future of the Nation and Developing Children’s Work；Our Missions are to carry forward the great thinking and spirit of Dr. Sun Yat-sen and Soong Ching Ling, and fully explore their academic and cultural values; to strengthen exchanges and cooperation with well-known international institutions, charitable organizations and friendly individuals; to make close contacts with the relatives and descendants of Dr. Sun Yat-sen and Soong Ching Ling and unite with all patriots at home and abroad so as to widely attract talents and intellectual resources; to promote exchanges and cooperation with Taiwan, Hong Kong and Macau at all levels in various ﬁelds; to develop welfare and charity projects so as to raise funds through various approaches, care for people’s livelihood, help people in need and build a harmonious society; to build more public service facilities beneficial to the development of children and welfare of women and start some other related activities.

Peace is one of the three objectives of CSCLF. In the past 30 years. CSCLF, taking peace as the theme and children as messengers in the cross-cultural exchanges, has established friendly cooperation with over 30 countries across five continents. CSCLF has continuously kept regular mutual exchanges with over 10 countries and regions for 20 years through the SCL International Youth Camp in China, the Asia-Paciﬁc Children’s Convention in Fukuoka in Japan, the International Festival of Children’s Art in Ukraine, and the Winnipeg Folk Festival in Canada, etc. By so doing, we have helped Chinese children to learn about the world and foreign kids to better understand China.

Since its founding, CSCLF has received tens of thousands of foreign friends, including heads of state, current and former politicians, ambassadors and their spouses, and world celebrities. In addition, CSCLF has also organized many delegations to visit the United States, Canada, Thailand, the Philippines, Japan, the Republic of Korea, Uzbekistan, Ukraine, Russia, France, Austria and Italy for signing agreements, attending forums and conducting friendly exchanges. All these visits have produced good impacts.

For many years, CSCLF has conducted fruitful cooperation with UNDP, UNICEF and WHO, and famous corporations, such as Coca-Cola, Starbucks, McDonalds, Nokia, Toyota and BMW, etc. in the fields of culture, education, health, medical services, science, technology and environmental protection. Such cooperation has effectively promoted the process of the internationalization of welfare and charity undertakings of CSCLF. 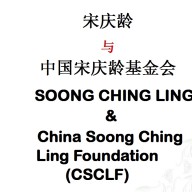 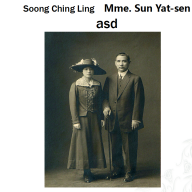 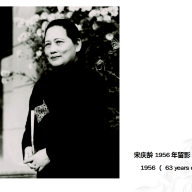 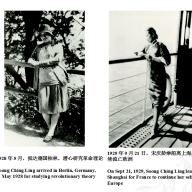 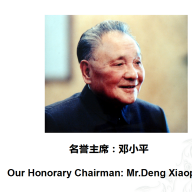 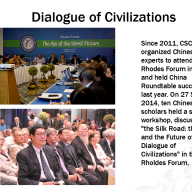 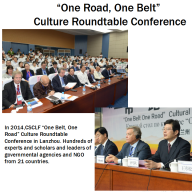 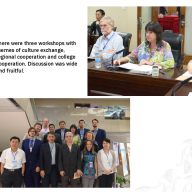 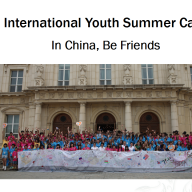 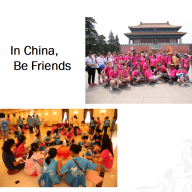 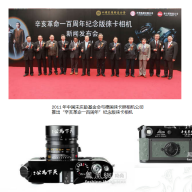 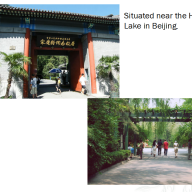 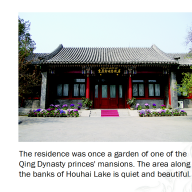 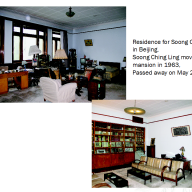 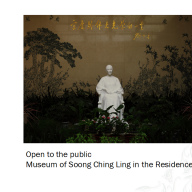 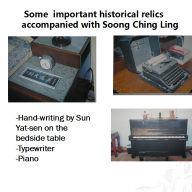 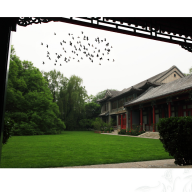 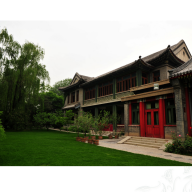 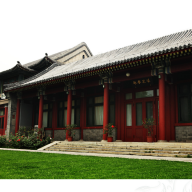 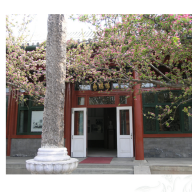 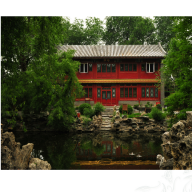 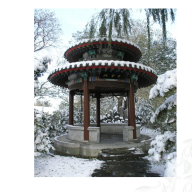 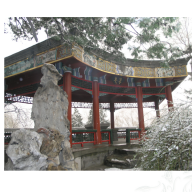 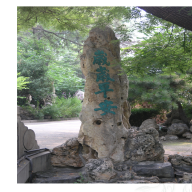 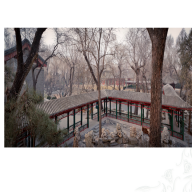 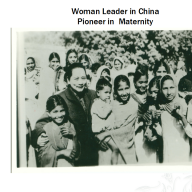 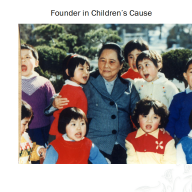 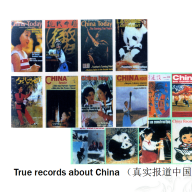 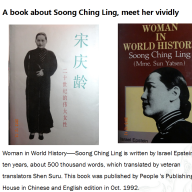