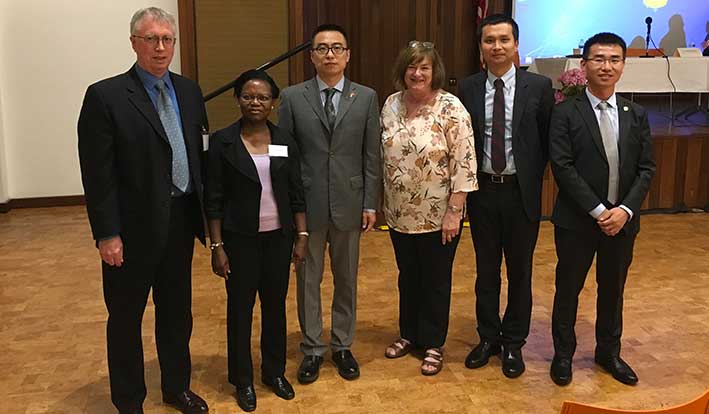 In the midst of a flare-up of tensions between the US and China, sparked by the Anglo-American establishment’s fierce commitment to drive a wedge between the two nations, the Schiller Institute held a forum on June 15 in the Los Angeles area to promote the idea of cooperation on the Belt and Road Initiative (BRI).

The session was opened by a movement from a composition for unaccompanied violin by J.S. Bach, performed by a student from the Los Angeles County High School of the Arts. This was followed by a five minute video of Schiller Institute founder and chairperson Helga Zepp-LaRouche, who greeted the attendees and provided a strategic context for the meeting. She deplored the recent nasty provocations being directed at China by some notorious political factions in the US, and presented a vision of an alternative path, where the US and China lead the world into the future based on the highest cultural and scientific principles, and the most ambitious infrastructure scheme in human history, the BRI.

Zepp-LaRouche was followed by Shi Yuanqiang, deputy consul general for the People’s Republic of China in Los Angeles. Shi provided a very thorough explication of the goals and structure of the BRI, stressing that there is extensive consultation between China and the other nations participating in the project, that all parties participate as equals and share in the benefits. He provided examples of the projects that are being built with Chinese collaboration in Africa and Central Asia, and elaborated on President Xi Jinping’s vision of a “Community of Common Destiny”, a mutually beneficial, “Win-Win” relationship among nations. Shi emphasized that there was a place at the table for the United States. 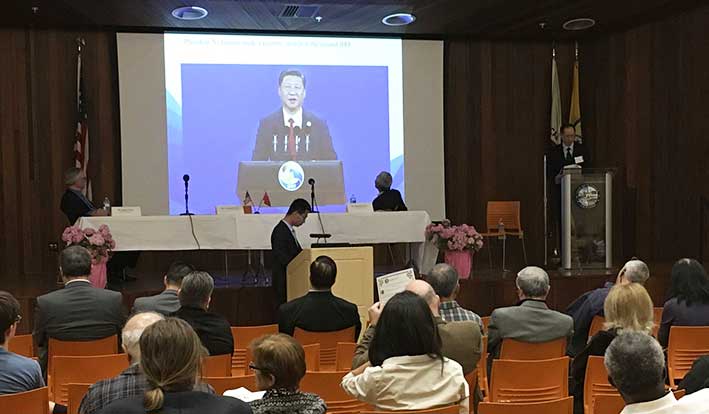 Following Shi’s presentation, there were remarks by Richard Chen, a board member of the US-China Forum who had acted as an interpreter for Chairman Deng Xiaoping during his historic visit to the US in 1979. Chen said that the two great accomplishments of the US after the end of World War II were the establishment of the United Nations, and the Marshall Plan. He compared China’s current role with respect to the developing nations, to the Marshall Plan. 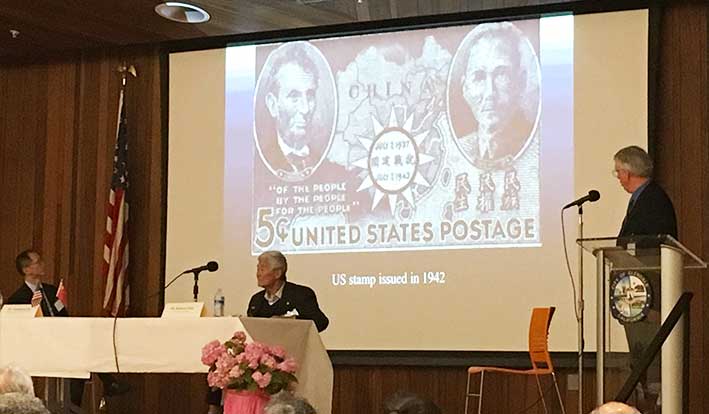 The concluding presentation was by Schiller Institute representative Daniel Platt. He opened with an image that juxtaposed two historic paintings, showing Americans and Chinese fighting their respective battles against British colonialism during the American Revolution and the Opium Wars. Platt asserted that the methodology of the Empire, typified by the “Zero-Sum Game” approach of geopolitics, is an “article of faith” for today’s neoconservative movement. To this he contrasted President Xi’s concept of “Win-Win”, or Helga Zepp-LaRouche’s vision of humanity entering adulthood. He discussed the historical parallels between the US and China with Dr. Sun Yat-Sen’s embrace of the economic conceptions of Abraham Lincoln, and their shared approach to infrastructure development. He then reviewed the history of the proposals made by Lyndon LaRouche in the years following the dissolution of the Warsaw Pact, culminating in the World Landbridge. 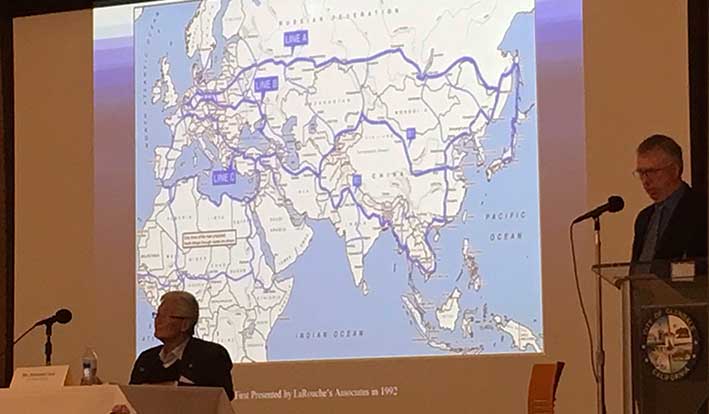 Among the eminent personalities who took part in the forum were the consul generals of Kenya and Belgium, as well as consular officials from Armenia and Malaysia, and a large delegation from the PRC consulate.