May 16 (EIRNS)–Speaking May 13 at an international forum organized by his foreign ministry, Bolivian President Luis Arce Catacora emphasized to his audience that the only way to defeat the coronavirus pandemic is through a global program, which, as his government has been emphasizing, must address the issue of vaccine inequity. For example, he said, Bolivia has purchased vaccines, but isn’t getting enough doses delivered because “production is circumscribed to specific countries,” or because some countries have restricted exports of vaccines for different reasons. “We’re not criticizing this,” he said, “but let’s be clear that we’re headed straight for disaster, because this is happening even to countries that have the ability to pay for vaccines…. Since the pandemic is a global evil, the solution must be global, and to get out of this, we all have to act; otherwise, no one will be safe….It’s as if there were an apartheid in which the weakest [countries] are being condemned and killed,” EFE news service reported him as saying May 13.

The Foreign Ministry forum, entitled “Waiving Patents and Considerations on Intellectual Property in the Context of the COVID-19 Pandemic,” was focused, as the title indicates, on calling for suspending vaccine patents and intellectual property to ensure transfer of technology so that developing nations can produce vaccines. Officials from the UN Development Program, the Community of Latin American and Caribbean States (CELAC), the Pan American Health Organization (PAHO), and diplomats from South America and India, among others, attended. This is a campaign that Bolivia began two months ago and has vowed to take to every international forum and multilateral organization for debate. It should be seen as a useful adjunct to the urgent proposal of the Schiller Institute and the Committee for the Coincidence of Opposites to build a global healthcare system and new economic order to competently address the pandemic. A foreign ministry press release estimates that the majority of vaccines produced in 2021 will be insufficient to vaccinate 70% of the world’s population, due to vaccine hoarding by the industrialized nations, and thus vaccinations of poorer nations’ populations aren’t likely to be completed before 2023.

Domestically, Arce has launched a campaign to inoculate all eligible Bolivians as soon as possible and is working closely with Russia and China to obtain vaccines. By the end of next week, Bolivia will have received 500,000 doses of Sputnik V vaccine and one million doses of China’s Sinopharm and is making arrangements to obtain Pfizer and AstraZeneca vaccines as well. On the occasion of the most recent Sputnik V arrival on May 15, in the company of Russian ambassador Mikhail Ledenev, he remarked that “we have to step on the accelerator…these vaccines are the doses of hope for many people…thanks to the diplomacy among nations, above all with Russia and China, Bolivians will continue with the vaccination campaign,” the Bolivian Information Agency (ABI) reported him saying. Pointing to the difficult situation the world is facing because of new waves of COVID, he warned, “if our nations don’t take action and ensure an equitable distribution of doses, we’ll see many more waves, placing humanity at ever greater risk.” 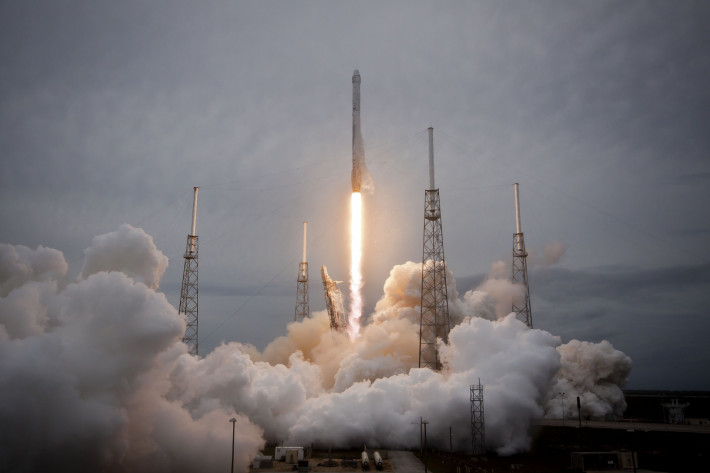 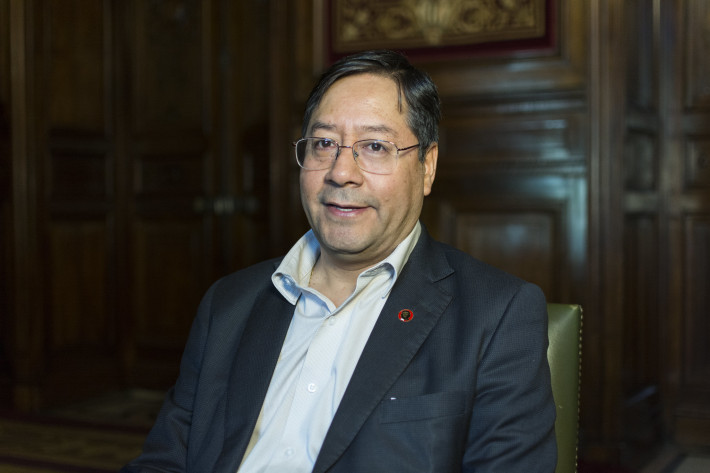 Bolivian President: A Fight for ‘Scientific Bolivia’ Is a Fight for the Future —

July 27, 2021 (EIRNS)—Yesterday Bolivian President Luis Arce, together with other government officials and Rosatom’s deputy director general, Kirill Komarov, presided over the ceremony in the city of El Alto to inaugurate construction of a research reactor, which is the third component in the state-of-the-art Nuclear Technology Research and Development Center (CIDTN) being built in the city of El Alto, next to La Paz, by the Bolivian Nuclear Energy Agency and Rosatom Overseas. The other two components include a Radiopharmacology Cyclotron complex (CCRP), which will produce isotopes for the diagnosis and treatment of cancer patients and a Multipurpose Irradiation Plant, the construction of which is already underway and scheduled to be completed by year’s end. The research reactor should be completed by 2024.

The project’s location in El Alto carries special significance. When the Project Democracy “Maidan” coup government took over in November of 2019, it immediately shut down the project, while military and police repressed the city’s largely indigenous population that had opposed the coup. When President Arce took power last November, he immediately restarted the project. At 4,000 meters above sea level, CIDTN is the largest Russian-sponsored project in Ibero-America and, as Komarov explained, is considered to be a top priority for Rosatom. “The project is unique, a technological marvel that will put Bolivia on a par with the major countries of the world,” RT reported him as saying. Arce has emphasized that this project is not just for Bolivians, but “for all of humanity,” and as he expressed it yesterday, quite beautifully, is also to ensure that young Bolivians have a future. Future generations, he said, “will inherit and harvest what we do today in terms of technological advancement; they shall be the standard-bearers of scientific Bolivia, because a millenarian people with advanced technology is invincible. So, I want to take this opportunity to assure you that as a national government, we have the firmest will and conviction to advance on the road to scientific development for Bolivians… Our country needs highly-trained human resources in nuclear engineering, chemical engineering and biotechnology to advance toward a change from the pattern of accumulation to the transformation of our country’s productive matrix, which is moreover, a challenge for Latin America and the Caribbean,” the President’s press office reported. The full press release is here.