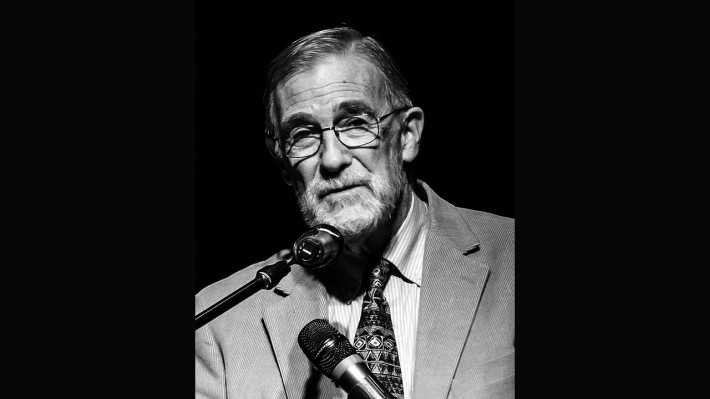 RAY MCGOVERN: Thank you, Harley. I want to start with a quote from Dr. King. It has relevance to what’s happening in providing billions and billions of dollars’ worth of arms to Ukraine.

“When profit motives are considered more important than people, the giant triplets of racism, materialism, and militarism are incapable of being conquered.”

Now, the original sin of our great country, the United States of America, is racism. It was true years ago when Dr. King was assassinated, and it’s true now. It’s at play not only in the United States, but on the world scene. I was only six years old when the U.S. bombed Hiroshima and Nagasaki when it was not necessary to do so. Most people don’t realize that President Truman was a racist, through and through. He always referred to African-Americans with the N-word. He had only one ally urging him to bomb Hiroshima and Nagasaki. All the five-star generals who had prevailed in World War II (which was just about to end) were against it; vehemently against use of the atomic bomb. I’m talking about Eisenhower, I’m talking about MacArthur, I’m talking about Admiral Halsey in the Pacific; all of them five stars. They all really upset that anything like this was even contemplated. The only person who agreed with President Truman was a fellow named Jimmy Burns. Jimmy Burns came from South Carolina, and I want to play a little clip that will show you pretty graphically another fellow from South Carolina, and what he thought about the “oriental”. Bear in mind now, that with respect to the “oriental”, just this week the U.S. Congress passed a law authorizing a special select committee on China, on the “Yellow Peril.” To understand China? Not really; it was just sort of a regular intervals to show how wicked China is, even though in my view, China would just as much appreciate and favor a win-win situation. But that’s not in the cards with our exceptional racist government.

May we have that clip, please? It’s only five minutes. Please pay attention to the very end.

VIDEO CLIP—“The Vietnam War explained in less than five minutes. Iraq, Afghanistan, and Pakistan, too. Excerpts from ‘Hearts and Minds’” from BrasscheckTV.com

MUI DUC GIANG (in Saigon) building a child-sized coffin: Many bombs; many coffins. These are for children; 800 or 900 a week. I have lost seven children myself. Many have died here, though it’s nothing like in the countryside. Many more have died there. In the countryside, there are no coffins; there is no money to buy them.

REPORTER: How did all the children die?

MUI: Poison; poison, you know. These planes keep spouting and spraying this stuff, and so many people have died. It seems to destroy their intestines. With the spraying and bombing, so many had died. Each day, right on time, the bomb craters appear. Hundreds of tons are dropped each day, and we can’t talk about it. We can’t talk about it because we are afraid of the government.

RANDY FLOYD [98 bombing missions]: It can be described much like a singer doing an aria, who’s totally into what he’s doing; totally feeling it. He knows the aria, and he’s experiencing the aria. He knows his limits, and he knows whether he’s doing it and doing it well. Flying an aircraft can be a great deal like that.

LT. GEORGE COKER: What’s a race driver feel like? Why does a guy want to drive in the Indianapolis 500 and go charging around there? I guess perhaps that the risk of dying, being killed, is part of it that makes it thrilling.

[planes taking off from an aircraft carrier]

FLOYD: I can tell when the aircraft feels just right. I can tell when it’s about to stall. I can tell when I can’t pull another fraction of a pound, or the airplane will stall, flip out, and spin on me. I would follow a little pathway on something like a TV screen in front of me that would direct me right, left, or center. I’d follow the steering, keep the steering symbol centered. I’d see a little attack light, when we stepped in to attack. I could pull the commit switch on my stick, and the computer took over. The computer figured out the ballistics, the air speed, the slant range, and dropped the bombs when we got to the appropriate point and whichever kind of attack we’d selected; whether it be flying straight and level, or tossing our bombs out. So, it was very much of a technical expertise thing. I was a good pilot. I had a lot of pride in my ability to fly.

YOUNG CHILD: [crying and moaning, holding a picture of her father]

GEN. WILLIAM WESTMORELAND: Well, the Oriental doesn’t put the same high price on life as does the Westerner. Life is plentiful; life is cheap in the Orient. As the philosophy of the Orient expresses it, life is not important.

MCGOVERN: Got it? Life is not so important for people who look like the Vietnamese, the Chinese. And I daresay many people still have that outlook, especially if they happen to be from South Carolina, which not only Secretary of State Jimmy Burns was, but also General William Westmoreland, and of course, Senator Lindsey Graham is created in the same mold.

What do we think of all this? Well, during Vietnam, Angela Davis, a prominent opponent of the war, was arrested. She was manacled, and she was put on the front cover of Newsweek magazine—we got her! This is at the height of the Vietnam War. James Baldwin wrote a letter to Sister Angela. I’d like to read a short excerpt:

“One might have hoped that, by this hour, the very sight of chains on Black flesh, or the very sight of chains, would be so intolerable a sight for the American people, and so unbearable a memory, that they would themselves spontaneously rise up and strike off the manacles. But … [Americans] appear to measure their safety in chains and corpses [of others]. And so, Newsweek … puts you on its cover, chained.

“You look exceedingly alone—as alone, say, as the Jewish housewife in the boxcar headed for Dachau, or as any one of our ancestors, chained together [during the ocean passage] …

“Or, to put it another way, as long as white Americans take refuge in their whiteness … they will allow millions of people to be slaughtered … [S]o long as their whiteness puts so sinister a distance between … their own experience and the experience of others, [they will never] feel themselves sufficiently worthwhile, to become responsible for themselves …”

Let’s fast forward to Memphis, and the night before Dr. King was assassinated. James Lawson, who was the epitome of nonviolence, told a little story to a few of us who were doing a retreat at the Alex Haley forum in Tennessee about eight years ago. He said, when he was a little boy, his mother had schooled him in nonviolence. One day he came home from school, he had a very guilty conscience, and his mother sensed that. She asked, “What’s the matter, Jimmy?” He said, “I hit somebody really hard because he deserved it.” “My mother said,” said Dr. Lawson, “|‘Now Jimmy, think about it. What good did that do?’” James Lawson became the epitome for nonviolent advocacy, and it was he who invited Dr. King down to Memphis.

Memphis was in real trouble. The night before Dr. King was killed, he made an extremely important speech, and one of the things he said was this:

“We have difficulties ahead, but it really doesn’t matter with me anymore. Like anyone, I would like a long life. But I’m not going to be concerned about that right now. I’ve seen the Promised Land. I may not get there with you, but as a people, we will get to the Promised Land. So, I’m happy tonight. I am not worried about anything. I am not fearing any man.”

This was just hours before he was assassinated.

Well, the day is long, and people suffer along the way. JFK, Robert Kennedy, Dr. King, Brother Martin before them all.

I’m going to close now with a quote from Fannie Lou Hamer, also a major figure in what Dr. Vincent Harding called “the church-led Southern freedom struggle”; also known as the civil rights struggle. Fannie Lou Hamer was a sharecropper from Mississippi. She became the representative of the Freedom Democratic Party at the Democratic Party convention in 1964. She didn’t succeed, but she did. Here’s what she said:

“One day, I know the struggle will change. There’s got to be change; not only for Mississippi, but for the people of the United States overall, and for people all over the world. Sometimes, it seems that to tell the truth today is to risk being killed. But if I fall, I’ll fall five feet four inches forward in the fight for freedom. I’m not backing off.”

I hold that up as an example. I might not see the Promised Land either, but if I fall, I will fall five feet eleven inches forward in the fight for freedom. I’m not backing off. Let’s none of us back off. Thank you very much.