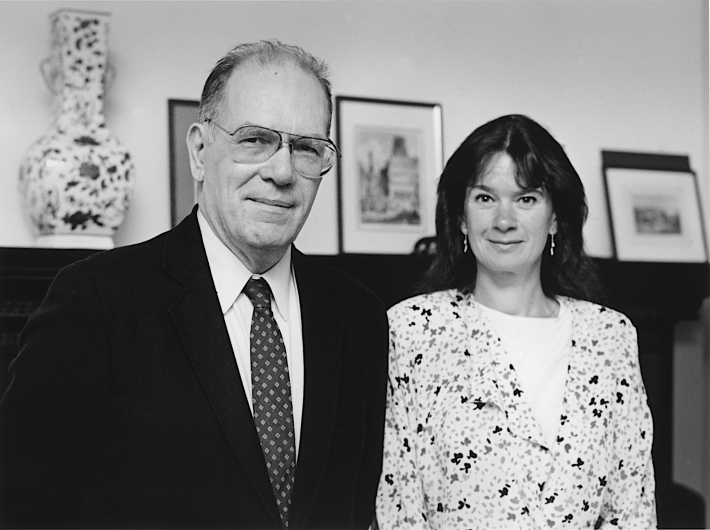 September 5, 2022by David Dobrodt in General

One hundred years ago, on September 8, Lyndon LaRouche was born, a person whom many people throughout the world, including myself, consider the greatest thinker of our era. For the Trans-Atlantic Establishment, on the other hand, he is the most hated, feared and slandered person and that, in the time of Donald Trump, Vladmir Putin and Xi Jinping, speaks volumes. As I was fortunate enough to be married to him for 41 years, and to have worked with him for half a century in building up an international movement, I can add my personal judgment that he was the most beautiful soul, in the sense of Friedrich Schiller, that I have ever met. That means that, for him, freedom and necessity, passion and duty were one, and he was precisely the type of individual that corresponds to the characterization Schiller gave of a genius. And what is truly excellent, is that his ideas are alive today and influential in many countries of the world.

Lyndon LaRouche had unparalleled knowledge and an unfailing sense of the coherence of philosophical, epistemological, cultural, and scientific concepts, which allowed him to be at home in the history of such ideas, and to immediately recognize their essential nature. Based on this ability, he rejected in the early 1950s the information theory and systems analysis of people such as Norbert Wiener and John von Neumann as inadequate for describing economic processes, and developed his own scientific method of physical economy, which built upon Gottfried Wilhelm Leibniz, Friedrich List, Henry C. Carey and Bernhard Riemann, among others.

From this point of view and with the benefit of his vast knowledge of two thousand five hundred years of the history of European culture and science and of universal history in general, he recognized, much more clearly than anyone else, the potentially catastrophic effects of the drug-sex-rock counter-culture of the 1960s on the cognitive potential and, thus, on the long-term productivity of the population. What is likely his most significant forecast, however, was his assessment of President Nixon’s abolition of the Bretton Woods System through the introduction of flexible exchange rates and the decoupling of the dollar from the gold standard on August 15, 1971. He warned at that time that if the change in course that assumed—toward a purely monetarist financial system aimed at profit maximization—were to be maintained, the world would necessarily head toward a new depression, a new fascism, and the danger of a new world war, unless a totally new and just world economic order were established.

Unfortunately, the Trans-Atlantic Establishment did not listen to LaRouche. That is why, 50 years later, the world is now precisely at the point he had forecast. Over the course of the ensuing decades, every time the Wall Street and City of London financial oligarchy promoted the process of market deregulation to the detriment of the real economy, he put his finger on the wound, and analyzed the consequences of this policy. The Carter Administration’s policy of “controlled dis-integration of the economy,” Volker’s high interest rates, outsourcing to cheap labor markets, just-in-time production, the policy of mergers and acquisitions, Reaganomics and Thatcherism, the repeal of the Glass-Steagall Act, the shareholder-value society, derivatives speculation, the fatal consequences of the miraculous monetary expansion of QE and the zero-interest policy—he denounced all of these milestones of the neoliberal financial system as fundamental errors that were ultimately just stations on the way to the systemic crash.

Rather than using his analyses to correct their mistakes, the financial oligarchy regarded LaRouche from the beginning as a deadly danger for their system, and launched a decades-long international crusade to suppress his ideas and thereby his influence. A veritable army of agents of influence in the media and all kinds of institutions, including diplomats around the world, was deployed internationally to pressure anyone who showed interest in whatever form in his proposals.

The hundreds, if not thousands, of razor sharp analyses and assessments that LaRouche provided over the years would have absolutely sufficed to prevent the current strategic catastrophe. But at the same time, he also used his warnings to present concepts for a solution. When several heads of state began in the early 1980s to take up his ideas and implement them, the financial oligarchy basically decided that LaRouche had to be eliminated. Mexico’s then President, José López Portillo, had asked LaRouche to write for him a program in defense of the peso and the economy, which he began to implement on September 1, 1982. India’s Prime Minister Indira Gandhi began at the same time to implement LaRouche’s proposed 40-year program for the economic development of India. And on March 23, 1983, U.S. President Ronald Reagan announced the Strategic Defense Initiative (SDI) that LaRouche had proposed, which was the most extensive proposal for a new global security architecture that anyone had designed up to that time, which would have overcome the NATO and Warsaw Pact blocs and initiated a large-scale development perspective for the developing sector. President Reagan was ready to change the strategic constellation at the time, while the Arbatov-Ogarkov-Gorbachov faction in the Soviet Union rejected this proposal, and thereby chose a path that significantly contributed to the early demise of the Soviet Union.

LaRouche ran for President of the United States eight times, seven of them in Democratic Party primaries. Just reporting on the sabotage operations run against him by the party leadership apparatus associated with Al Gore, Barack Obama, Hillary Clinton, and the current leadership would fill an entire book. When LaRouche candidates began to win elections in 1986—taking the second and third highest positions for state office in primaries in Illinois—the decision was made to attack him for good. On October 6, 1986, the FBI staged a raid on LaRouche’s home and offices, deploying 400 heavily armed law enforcement officials, armored vehicles, and helicopters, an operation that makes the recent raid on Trump’s Mar-a-Lago estate by 40 FBI agents look like a child’s birthday party. The objective of the raid on LaRouche and myself was nothing less than to eliminate us physically, which was only prevented by an intervention from the White House.

What followed were trumped-up charges, the illegal use of the Internal Revenue Service (IRS), rigged trials, and finally the incarceration of LaRouche and a number of his associates.

At an international tribunal initiated by civil rights activists and African-American state legislators after LaRouche was released from prison, the former U.S. Attorney General of the Johnson administration, Ramsey Clark, who took the initiative of intervening on his own, described the actions of the Administration as follows:

But in what was a complex and pervasive utilization of law enforcement, prosecution, media, and non-governmental organizations focussed on destroying an enemy, this case must be number one. There are some, where the government itself may have done more and more wrongfully over a period of time; but the very networking and combination of federal, state, and local agencies, of Executive and even some Legislative and Judicial branches, of major media and minor local media, and of influential lobbyist types, the ADL preeminently—this case takes the prize. The purpose can only be seen as destroying—more than a political movement, more than a political figure—it is those two; but it’s a fertile engine of ideas, a common purpose of thinking and studying and analyzing to solve problems, regardless of the impact on the status quo, or on vested interests. It was a deliberate purpose to destroy that at any cost….

I participated in this tribunal. I insisted emphatically that the greatest crime against LaRouche was not to have unjustly condemned such a great and wonderful mind to prison, but rather that the massive slander campaign of his name and his ideas prevented to a large extent the American population, and beyond that, the international public, from grappling with his ideas and above all with the solutions he proposed.

Today, 27 years after that tribunal, on the 100th anniversary of the birth of Lyndon LaRouche, we can study the result of the financial oligarchy’s attempted campaign to destroy him. The trans-Atlantic financial system is about to end in hyperinflation, the “rules-based order of values” and NATO are a colossus with feet of clay, and there is a transparent attempt to control the “narratives” by muzzling the entire population and immediately slandering anyone who voices an opinion of their own on the causes of the war or inflation as an “agent of Putin.” If the West continues like this, we will fail.

On the other hand, LaRouche’s ideas have had enormous success. His proposals for the development of infrastructure in developing countries, which he has presented since the early 1970s, and his program for the New Silk Road, which has become the World Land-Bridge and was his response to the collapse of the Soviet Union, are now being realized by China and its Belt and Road/Silk Road Initiative. The new economic and financial system being realized today by many countries and institutions in the Global South is based on his concept of physical economy, while economists in many countries, especially in Asia, are studying LaRouche’s writings and implementing them for the benefit of their countries.

LaRouche was a patriot of the America that fought the first successful war of independence against the British Empire, but he was also a world citizen, who always put the interest of mankind as a whole first. People could sense that, and when LaRouche traveled in developing countries or Europe, they often expressed their utmost trust in him, in a way that only true friendship would allow.

In rejecting LaRouche’s ideas, the West did itself no favor. That the United States treated its greatest son so ignobly will remain a stain on its history forever. The countries that apply his ideas are already economically successful, and will be even more so in the future. Although official success was denied to him by Western countries during his long and incomparably productive life, he led a rich, extraordinarily fulfilling and happy life, because he was inwardly the most free and most creative person on Earth. Was Socrates successful, even though he was murdered? He certainly is, while his murderers are forgotten dust.

Lyndon LaRouche is the Nemesis of his enemies and the joy and pride of a future, better era for mankind. He is immortal.