A Group of 9/11 Families Tells Biden Afghan Central Bank Funds “are Theirs, Not Ours” 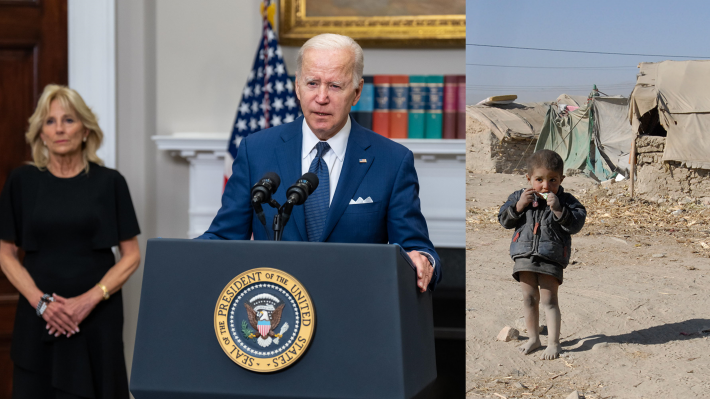 A Group of 9/11 Families Tells Biden Afghan Central Bank Funds “are Theirs, Not Ours”

A Group of 9/11 Families Tells Biden Afghan Central Bank Funds “are Theirs, Not Ours”—

Aug. 18, 2022 (EIRNS)—In a letter to President Joe Biden dated Aug. 16, 77 members of the 9/11 families called on him to affirm that the $7 billion in Afghan Central Bank funds currently being held at the Federal Reserve Bank of New York belong to the Afghan people and should be returned to them. To use those funds to pay off 9/11 family members in court judgments “is legally suspect and morally wrong,” the letter argues, and urges Biden to modify his Feb. 11, 2022, Executive Order and “affirm that the Afghanistan Central Bank funds belong to the Afghan people and the Afghan people alone.”

In previous court cases, some 9/11 families were awarded $3.5 billion from the confiscated funds, while the Biden administration began negotiations with the Taliban to create a mechanism by which to distribute the remaining $3.5 billion to the Afghan people, stipulating that the Taliban could not access it, and offering the spurious argument that the Afghan Central Bank lacked the appropriate regulatory and other means to handle the funds responsibly. Following the recent killing of Al Qaeda leader Ayman Al Zawahiri, the administration halted negotiations on creating this alternative mechanism on the pretext that the Taliban hadn’t broken with Al Qaeda.

The letter from the families notes that earlier legal suits brought by a small group of 9/11 family members, “and the legal claims involved, are complex. But these arguments are founded on a false premise. This money does not belong to the Taliban,” as the lawsuits claimed. “This money comes from Afghanistan’s Central Bank, and as such, it belongs to the Afghan people. Victims of terrorism, including 9/11 victims, are entitled to their day in court. But they are not entitled to money that lawfully belongs to the Afghan people,” the letter charges.

The letter goes on to describe the impoverishment of the Afghan people, with nearly nine million at risk of starvation. While affirming that these funds belong to the Afghan people won’t solve Afghanistan’s problems, and figuring out how to transfer the funds is a formidable task, it underscores, the simple reality is that the money “is theirs, not ours.”