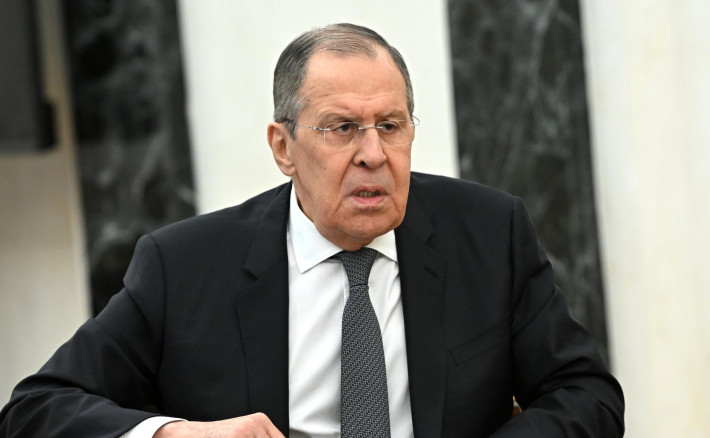 July 28 (EIRNS)—Russian Foreign Minister Sergey Lavrov culminated his four-nation African tour on July 27 in Addis Ababa with a thorough, broad-ranging briefing at the Russian embassy to the permanent representatives of the member countries of the 55-nation African Union and to the accredited diplomatic corps in Ethiopia. As he did in similar briefings in the three other nations he visited—Egypt, Uganda and the Republic of Congo—Lavrov cut through Western lies about how Russia had caused the global food and fertilizer shortage, explaining the role that sanctions played, but also hitting the “reckless policy of the Western countries on the so-called Green Transition, and all this has brought the price of fertilizers high, which of course affected the price of food.” Problems in the world food market actually started at the beginning of the Covid-19 pandemic, he noted.

The Foreign Minister also went through a detailed history of the 2014 Maidan coup, the years-long assault by Kiev Nazis on the populations of the Donbas and the “red lines” that Russia had established, the crossing of which would force to respond.

Lavrov made clear that a new paradigm is emerging to replace the old “rules based order” –an order in which there is “no single criteria, no single principle except one. If I want something, you have to obey. If you don’t obey you will be punished.” He expressed the certainty that the overwhelming majority of the world’s countries don’t want to live “as if the colonial times came back.” They prefer to be independent, to rely on their own tradition, their history, and their old friends. They don’t wish to betray their old friends. That is clear, he said, in the fact that except for two or three developing countries, “no one else in Africa, Asia or Latin America joined the illegal American and European sanctions” against Russia.

Most normal countries, Lavrov said, want to be independent, want to choose their own development model, based on the will of their people. “Nobody wants to have enemies.”
Contrast this to NATO, he said, which as it just did at its Madrid meeting, “appoints enemies, they appoint the order in which they handle these enemies. Now Russia is the first, China is earmarked as the existential challenge for the long term.” Now, the West is trying to figure out how to confiscate Russian money, but “if they become irritated by somebody else tomorrow or the day after, they might do the same.” There is no rationality in the way the West operates, Lavrov emphasizes.

This is the context in which Lavrov suggested that reliance on the dollar as the instrument supporting the world economy “is not very promising,” and it’s not by accident that more and more countries are shifting to using alternative currencies, shifting to use national currencies more and more “and this process will be gaining momentum.” He cautioned that Russia isn’t proposing a revolution against the dollar and the U.S., but the point is that the U.S. has tossed out all principles of the free market, fair competition, sanctity of private property, presumption of innocence. “All these principles have been thrown down the drain.” They are now punishing Russia, he said, but warned that any other country that “irritates” them will be punished likewise. This is a full transcript of Minister Lavrov’s remarks and questions to him.