Webcast: Can We Get the U.S. to Cooperate to Set Up a New Global Credit System? 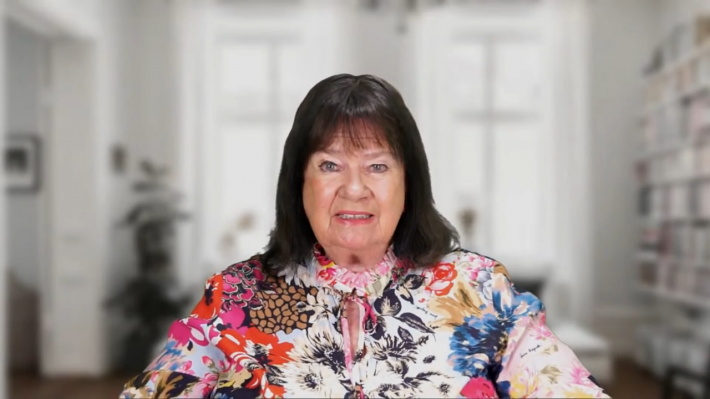 Webcast: Can We Get the U.S. to Cooperate to Set Up a New Global Credit System?

Given that the ongoing economic/financial collapse is a key driver for the global war being pushed by geopolitical ideologues, it should be possible to mobilize a coalition of people among all nations who recognize the danger, and can be rallied to adopt the unique solutions developed by Lyndon LaRouche and promoted by the Schiller Institute. This idea of creating a momentum for a New Paradigm was the recurring theme of Helga Zepp-LaRouche’s webcast today.

The war hawks will attack anyone who even speaks of negotiation to end the war. But voices are being raised against this, including in the U.S.. Among those she mentioned were Col. Richard Black, VIPS leader Ray McGovern and LaRouche Independent candidate for Senate in New York, Diane Sare. She highlighted the role that Sare can play between now and November, including as a faeatured speaker at the Schiller Institute conference. The June 18-9 SI conference will provide direction for those who wish to move away from geopolitics and build a new system which takes up the interests of all people. She spoke of the growing strength of former Non-Aligned nations from Asia, Africa and Ibero-America, and the economic ideas coming from Eurasia, as evidence that the world is turning away from the Anglo-American war drive.

In the end, it is a battle of reality versus narratives, of truth versus increasingly blatant attempts at mind control. As reality hits harder, in the form of a hyperinflationary blowout, more people will be open to take up new ideas. She appealed to viewers to help us build the conference, to bring humanity into a New Paradigm.