Invitation: The Role of Youth in Creating a New International Economic Architecture 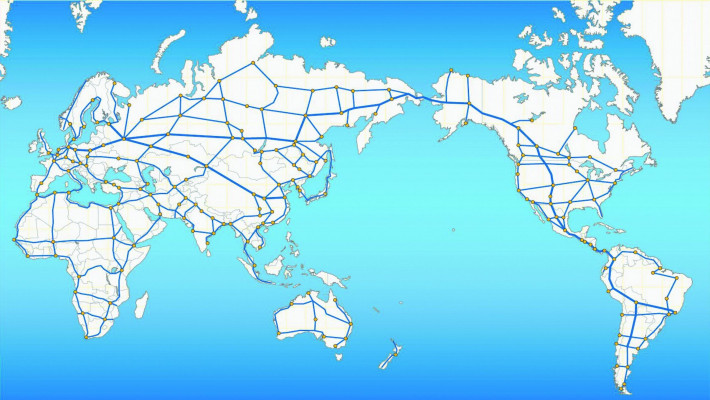 Invitation: The Role of Youth in Creating a New International Economic Architecture

The NATO alliance is now at war with Russia, a war of NATO’s creation. U.S. officials have made explicit that they have no intention of pursuing a negotiated peace. Mankind is on the path to nuclear self-annihilation.

It must not be so. The world desperately needs the political and moral leadership of a new generation to chart a new course for humanity.

How did we get here?

The danger of extinction war is a manifestation of the final stage of a half-century of accelerating decline of the trans-Atlantic sector, a decline brought about by hyperinflationary money-printing, bail-outs of speculative assets, imperial “regime change” wars, and intentional “Green” deindustrialization. In 2019, already over 810 million people lacked sufficient food. By the end of 2021, the World Food Programme estimated that over 230 million were nearing outright famine. In March, 2022, Liu Zhiqun, a Chinese economist with the Chongyang Institute for Financial Studies, warned that 1 billion people could soon face starvation as a result of the unilateral sanctions imposed on Russia and their effect on the global economy.

The Malthusian policy of world depopulation adopted by the financial oligarchy in the City of London and Wall Street has succeeded in creating an era without a future. Their financial bubble, nearing $2 quadrillion of worthless gambling debts, is primed to collapse in a crash many times worse than the 2007-08 crisis. In early 2020, an Executive Intelligence Review report revealed that the global real unemployment rate already stood at 46%. A global pandemic has taken over six million lives, and nations remain unprepared for the next deadly variant, or new virus. The global food supply is under attack by the Great Reset’s murderous “conservation” policies, which order farmers to let their land lie fallow. Hyperinflation is destroying the ability of human beings to live.

To rescue humanity from complete destruction requires nothing less than the creation of a new system—a new security and development architecture for the world, one coherent with the idea that man is in the living image of God, and that therefore each human life is sacred. Already an expression of such a system, devoted to the sovereign right for each nation to achieve economic development, is being built. The Belt and Road Initiative of China, the Eurasian Economic Union, and the Shanghai Cooperation Organization all belong to this New Paradigm in principle—they can serve as the foundation for an international economic architecture designed to feed the world, build necessary megaprojects of infrastructure, and drive scientific breakthroughs in fusion energy and space science needed for the next fifty years.

What may convert this potential into actuality? Is it not the passion of individuals to become a necessary force for the common good? The world depends upon its youth to identify with the New Paradigm and manifest it, such that their beautiful vision of the future may overwhelm the pessimism and failed traditional modes of thought of the crumbling old order.

The March 28 Schiller Institute policy proposal, “The LaRouche Plan for a New International Economic Architecture,” outlines in detail how the New Paradigm can be created by the actions of leading nations. Our petition, “Convoke an International Conference to Establish A New Security and Development Architecture for All Nations,” has been circulated across the world and signed by over 4,000 people, including hundreds of prominent public figures. The Schiller Institute’s April 9 conference devoted to this theme brought together panelists from the highest levels of government in Russia, India, China, and South Africa.

We invite youth from every nation to join us Saturday May 7 at 11:00am EDT for an international dialogue with Helga Zepp-LaRouche, Founder and Chairwoman of the International Schiller Institute, about what youth can do to bring about the victory humanity needs. Proceedings will be simultaneously translated into Spanish.