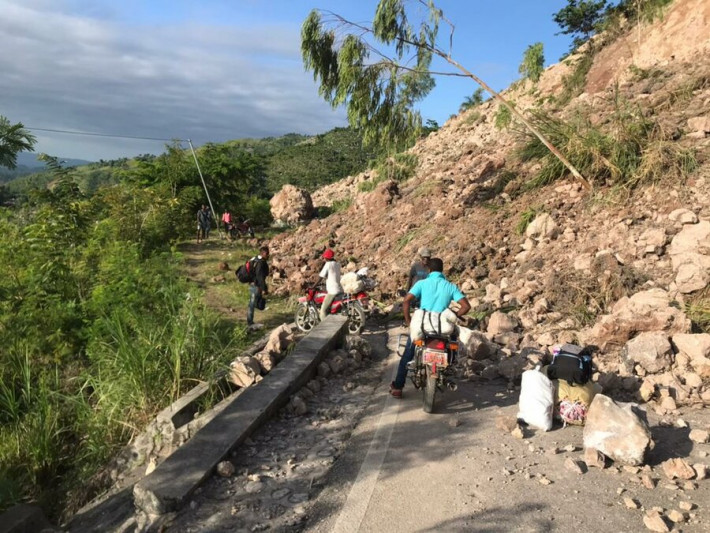 March 24 (EIRNS)–As occurring with Yemen, Afghanistan and other impoverished nations, UN agencies report that funds for humanitarian aid in Haiti are far below what’s needed, resulting in a rise in hunger and poverty levels. As reported in a March 22 UN News release, World Food Program personnel in Port-au-Prince warned in a briefing to media in Geneva that lower-than-expected humanitarian food assistance, combined with the fallout from the Aug. 2021 earthquake, has created a situation where “hunger levels are rising unabated, as persistent political instability, growing inflation and recurrent disasters continue to conspire against the people of Haiti.” It is projected that this year, between March and June, 45% of the population will be in severe hunger, and of those, 1.3 million are estimated to be in the “emergency phase” of the Integrated Food Security Phase Classification (IPC). On World Water Day March 22, the International Action for Human Rights (IAHR) organization reported that 45% of the Haitian population of 11 million people has no access to drinking water.

The backdrop to this disaster is the dysfunctional government of discredited “interim” Prime Minister Ariel Henry, who remains in office only because the Biden administration wants him there–despite the fact that he is implicated in the assassination of president Jovenel Moise in July of 2021, the investigation into which is completely paralyzed. Refusing to come to any agreement with civil society opponents who propose setting up a two-year provisional government to give the country time to stabilize, Henry is insanely insisting on holding elections this year in an out-of-control security situation, where kidnappings by armed gangs target citizens from all walks of life, snatching doctors from hospitals, teachers and students from classrooms, an epidemic that has only worsened over the past several months.

According to Le Nouvelliste March 4, gang control of key roads has cut off four departments (provinces) of what is known as the Great South from the rest of the country, making transportation of food and other necessities into that area highly risky if not impossible. Even before the Ukraine/Russia crisis, inflation was rampant but now it’s worse, with food and fuel prices soaring, making these products unaffordable. Haiti imports most of its food and fertilizer. Senior Program Manager of the Food and Agriculture Organization (FAO) Patrick David pointed to the impact of the Ukraine crisis, in terms of worsening food insecurity in Haiti, as the higher prices of imported food and fertilizers from Ukraine will contribute to even higher inflation. Haiti imports wheat mainly from Russia but also from Canada, David reported. “So if the wheat flour is going up, you will see a problem and the price has already multiplied by five in two years. So, we can only expect that it will multiply again.”