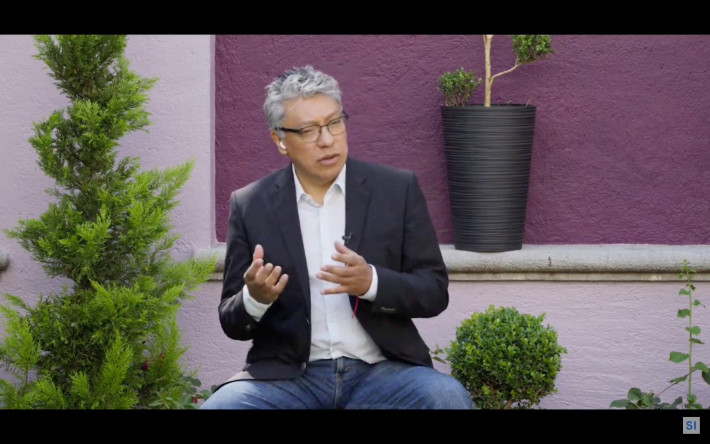 April 10 (EIRNS)—In an April 5 discussion on Sin Censura Internet TV, a popular site for supporters of Mexican President Andres Manuel Lopez Obrador (AMLO), Mexican investigative journalist Daniel Marmolejo — who spoke at the Schiller Institute’s March 20-21 conference — warned that supranational forces are on a drive to shut down AMLO’s morning press conferences, and censor independent voices such as his own. To back up this charge, Marmolejo read the March 28 note issued, he said, by the Schiller Institute, revealing that the “Article 19” NGO which had launched a broadside against Lopez Obrador’s press conferences in mid-March, is a London-based NGO, but “it is not very Mexican, and not particularly `non-governmental’ either.” In fact, EIR dug out and published that just under 60% of that “Mexican” NGO’s money comes from grants from international private foundations, and 40% from “diplomatic representations in Mexico and development agencies,” he reported, reading off the list from the EIR account: the British, Dutch, German Embassies, the State Department, the NED, George Soros, Ford Foundation, etc.

Marmolejo summed up his message: the force behind the attack on AMLO’s government and Mexico is the British Crown, the supra-nationalists, the US military-industrial complex, all determined to restore neoliberalism in Mexico–which stunned his host, Vicente Serrano. Marmolejo and Serrano then went off into the “weeds” of Mexican political infighting in the run-up to crucial midterm elections in June, but Marmolejo interjected several times, in the midst of discussing different corrupt Mexican figures and forces, including those penetrating AMLO’s Morena party, that people should remember that behind all that, is the British Crown, and its allies, seeking to destroy Mexico.