‘Insufficient Capacity in Every Country’ Against Next Pandemic 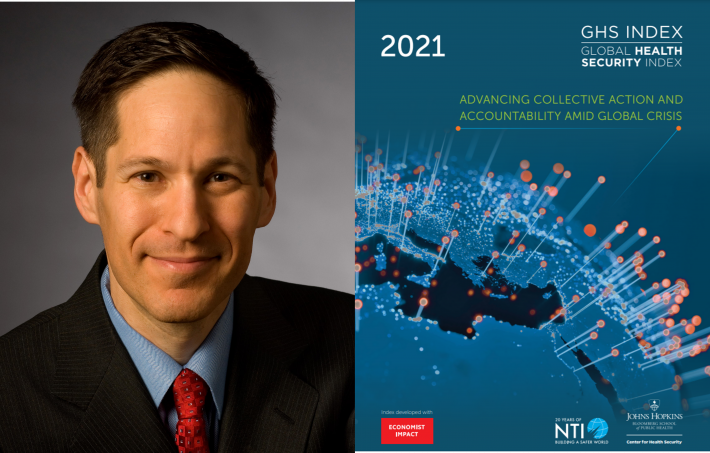 ‘Insufficient Capacity in Every Country’ Against Next Pandemic

Dec. 13 (EIRNS) – The Johns Hopkins Center for Health Security and the DC-based non-profit Nuclear Threat Initiative compile an annual Global Health Security Index, which was published on Dec. 8. The study “found insufficient capacity in every country,” bar none in the world, leaving the world “vulnerable to future health emergencies … which might be more devastating than the coronavirus.” The report constitutes proof that the mission of building modern healthcare, public health and disease monitoring systems in every country, demanded already in early March 2020 by Helga Zepp-LaRouche for the Schiller Institute, is more urgent than ever. Zepp-LaRouche identifies Afghanistan as the country where this must be done most immediately, and cooperatively involving China, Russia and the United States.

This study’s 2019 version was cited often by the Trump Administration because it rated the United States as number-1 in pandemic preparedness—and it does so again this year, with Australia, Finland, Canada, Thailand, Slovenia, the UK, Germany, South Korea and Sweden following in the “top 10.” But all failed to one degree or another in dealing with the COVID-19 pandemic, particularly in comparison to China and a few other Asian countries. The study says the reason for this was “low public confidence in government” in those countries. “People have been unwilling to comply with public health recommendations that would slow the spread of the virus.”

Tom Frieden, former director of the U.S. CDC, now an executive of the global public health organization called Vital Strategies, characterized the report simply: “No country is prepared, and there’s a need for urgent action to address that.” The report itself emphasized, in addition to more funding of healthcare and “health security” or public health capacities, that “international organizations should identify countries most in need of additional support.”

One person involved in preparing this report for Nuclear Threat Initiative is now in the Biden Administration: Beth Cameron, who heads the Directorate of Global Health Security and Biodefense in the NSC.