Webcast: After Biden-Putin Talk, We Are Still Sitting on a Powder Keg 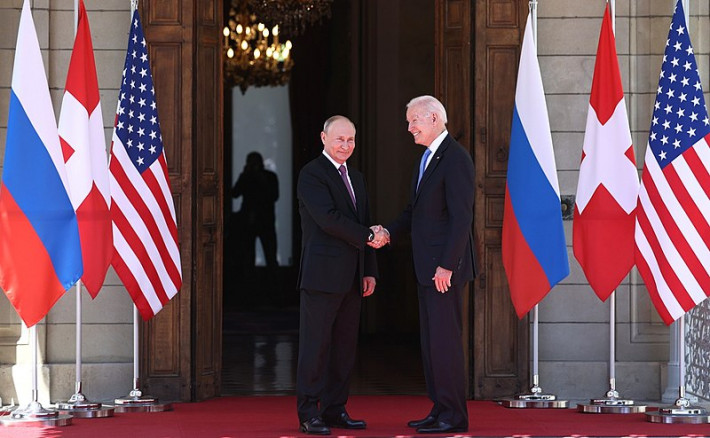 Webcast: After Biden-Putin Talk, We Are Still Sitting on a Powder Keg

December 8, 2021by David Dobrodt in General

Helga Zepp-LaRouche presented a sobering assessment of the global strategic situation following the Dec. 7 video summit between Presidents Biden and Putin, warning that what preceded the summit — a war-time like propaganda campaign accusing Russia of preparing to invade Ukraine — is continuing, with potentially disastrous consequences. The push for further eastward expansion of NATO, with membership for Ukraine, was identified by Putin as crossing a “red line”. This ws rejected by Biden, despite promises given by the U.S. in 1990 that there would not be expansion eastward. The threat of nuclear war is being raised by others besides us, including Tucker Carlson, while unhinged war hawks, such as Sen Wicker of Mississippi, are calling for consideration by the U.S. of a nuclear first strike option.

Mrs. LaRouche reiterated how her initiative for addressing the horrific crisis in Afghanistan, Operation Ibn Sina, is a pathway to cooperation between the U.S., Russia and China. The other choice, ramping up geopolitical confrontation, through the phony division of the world into “democracies versus autocrats” — which is the idea behind Biden’s upcoming Summit for Democracy — leaves humanity “sitting on a powder keg.”