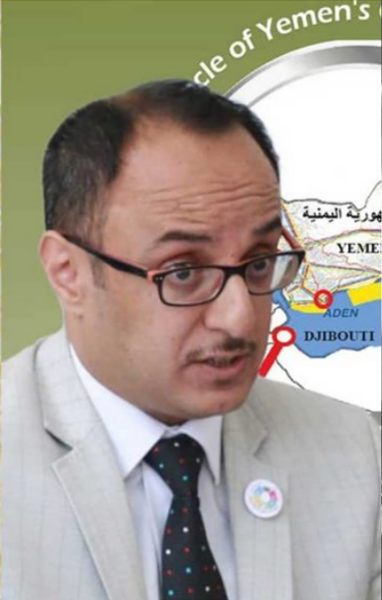 Nov. 23, 2021 (EIRNS)—Today, leaders of the Schiller Institute and the LaRouche Movement joined other international figures in participating in a conference called to celebrate the “First BRICS Day” in the capital of Yemen, Sanaa, under the auspices of Yemeni Prime Minister of Yemen Abdulaziz Saleh bin Habtour. The conference, held at the Emergency Medical College, had been organized by the Yemeni BRICS Youth Parliament and its Chairman and long-time collaborator with the Schiller Institute, Mr. Fouad Al-Ghaffari, to celebrate Yemen’s commitment to securing full independence and development by working with the BRICS nations—Brazil, Russia, India, China, and South Africa—and playing a key role as part of the New Silk Road initiated by China.

The event took place as the Saudis were continuing a new wave of bombardment targeting the capital, Sanaa. Yet the Yemeni government considered it so important that the Prime Minister, joined by the Ministers of Vocational Education, Foreign Affairs, and Culture, all participated, joined by Yemeni parliamentarians and other national figures. The Yemeni official news agency Saba News has already published a lively wire report on the event, which conveys the deep commitment of Yemen’s leadership to help end today’s dominance of the Western liberal system, freeing nations to develop. The Prime Minister expressed his thanks to the friends in Russia, China, and the other speakers who sent messages of solidarity from Germany, India, France, Iraq, and the United States of America. (The Saba News item is linked here.)

Helga Zepp-LaRouche, Chairwoman of the Schiller Institute, was the first of the 11 international guests whose recorded video message was presented, following the opening remarks by the Dean of the Emergency Medical College. She was introduced as the New Silk Road Lady. She was followed by Tushar Gandhi, great-grandson of Indian leader Mahatma Gandhi, and Chairman of the Mahatma Gandhi Foundation. Jacques Cheminade was next, representing the Solidarité et Progress, presented as a former French presidential candidate. The Schiller Institute’s Hussein Askary followed with the video presentation on the history of collaboration with the BRICS Youth on the Yemen Reconstruction Plan “Operation Felix” and the LaRouche School of Physical Economics.

There was a high-level Russian representation, with a message from Anatoly Karpov, chess legend and member of Duma. Larisa Zelentsova, the Russian President of the International Alliance of BRICS Strategic Projects (BRICS Alliance) (iabrics.org) sent a video message. A message was also sent by Albert Zhukov, founder of the Golden Chariot Transport Award. Purnima Anand, President of the BRICS International Forum, India, also sent a message.

Two messages were sent from the United States, one by LaRouche movement organizers Marsha and Doug Mallouk, and one by independent candidate for U.S. Senate in New York, Diane Sare.

These speeches and messages were preceded with a ceremony where PM bin Habtour received the BRICS Youth Award and Transport Golden Chariot award. Minister of Foreign Affairs Hisham Sharaf signed the first copy of the new edition of the Yemeni BRICS “Sustainable Development University Curriculum,” which is a compilation by Fouad Al-Ghaffari of projects and works in economics centered around Lyndon LaRouche’s economic method. A chapter is dedicated to what the authors have characterized as “LaRouche’s Five Keys of Progress” which are a reworking of the “Metrics of Progress” from the EIR Special Report “The New Silk Road Becomes the World Land-Bridge, 2014.” Another chapter is dedicated to the latter special report. A chapter includes a short version of “Operation Felix” for the reconstruction of Yemen from 2018, completed in 2018 as a joint project of the Schiller Institute, BRICS Yemen, and the Yemeni Investment General Authority.

Many references to Helga Zepp-LaRouche and the Schiller Institute’s resolutions and calls regarding Yemen are also in the book. A chapter is dedicated to the Arabic LaRouche School of Physical Economics launched by Askary, with links. The 160-page book in Arabic language has a general outline of the UN Sustainable Development Goals 2030. But on every page the LaRouche Five keys are superimposed on the 15 UN Sustainable Development Goals.

Following the statements by the foreign VIPs, Al-Ghaffari made a 15-minute presentation on the history and nature of the Yemen BRICS operations since they were founded in December 2014.

The Minister of Vocational Education also made remarks, and the conference was concluded by a statement by Prime Minister bin Habtour.

First reports from the event are that it was a surprise for everyone, due to the high-level of international representation from intellectual and scientific layers. This is a great victory for the people and leadership of Yemen on behalf of all humanity.

And it is a celebration of seven years of hard work and cooperation with the Schiller Institute and LaRouche Movement, which began when Fouad Al-Ghaffari attended EIR’s release of its Special Report “The New Silk Road Becomes the World Land-bridge,” in Washington, D.C., keynoted by Helga Zepp-LaRouche. After meeting with Marsha and Doug Mallouk, he carried the copy of the report he purchased back to Yemen to start this new organization to teach Yemeni youth as well as policy-makers about the LaRouche economic method, the New Silk Road / Belt and Road Initiative, and the BRICS. A few months later, in March 2015, the war of aggression by Saudi Arabia and the UAE was launched with the aid of the U.S. and Britain. Despite this criminal war and subsequent murderous blockade, the BRICS Youth of Yemen continued their studies and mobilization of government agencies.