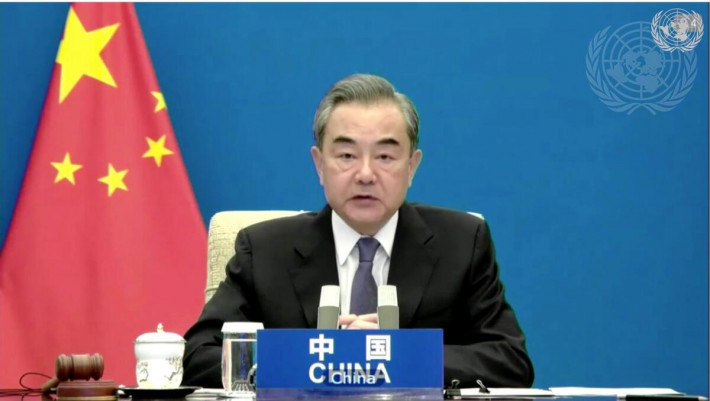 Going into the talks, Chinese Foreign Ministry spokesman Wang Wenbin yesterday noted the importance of the talks, the first at this level since their meetings in July before the Taliban assumption of power. “The Afghan people are seeing a historic opportunity to independently take control of their country’s future,” at the same time that they face “many difficulties and challenges, where there is an urgent need for external support,” the spokesman emphasized. “Against such a backdrop, the Chinese side and the Afghan Taliban authorities have agreed to meet in Doha.”

Global Times reports that Wang Yi spoke of China’s concerns (EITM terrorism, the need for inclusive government, for avoiding chaos, and for having good relations with neighbors, etc.), but also expressed China’s support for Afghanistan’s development:

“Wang urged the US and the West to lift sanctions on the country. He also called upon all parties to engage with the Afghan Taliban in a rational and pragmatic manner to help Afghanistan embark on a path of healthy development,” Global Times reported.

“Wang said that Afghanistan is now at a critical stage of transforming from chaos to governance, and is facing a historic opportunity to achieve reconciliation and advance national reconstruction. But challenges still lay ahead, including the humanitarian crises, economic chaos and terrorist threats, which require more understanding and support from the international community.”

Global Times reported that Baradar had briefed Wang on the current situation in Afghanistan, and told him “that the Afghan Taliban attaches great importance to China’s security concerns, and will resolutely honor its promise and never allow any forces to use the Afghan territory to harm China.”

Afghanistan’s Tolo News, citing government spokesman Zabiullah Mujahid, reports that Beijing had promised to provide $5 million in humanitarian aid to Afghanistan, and that the two governments had agreed to set up three committees. “The first committee is working on political and diplomatic relations; the second will focus on creating relations and understanding between the two countries; and the third committee is working on economic projects,” Mujahid reported.