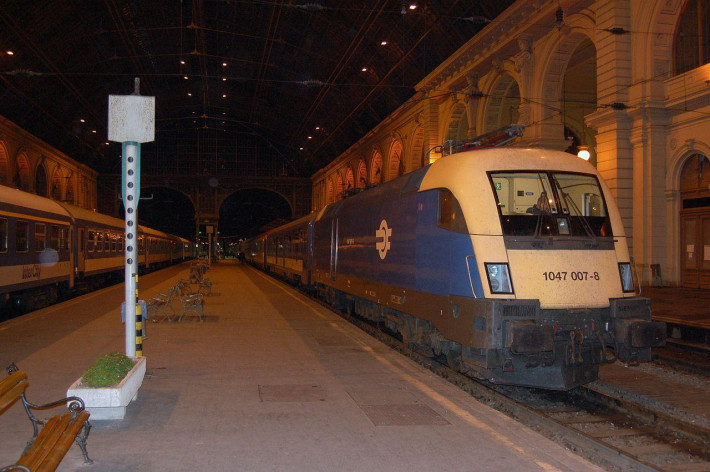 At a stone-laying ceremony in Kiskunhalas for the Hungarian section of the modernization of Budapest-Belgrade railway on Oct. 15, the Hungary Minister of Innovation and Technology László Palkovics said: “Railways will clearly be in the focus of Hungary’s transport development efforts in the next 10-15 years, with the upgrade and capacity expansion of the Budapest-Belgrade line as one of the priority investments.” Palkovics attended the ceremony, as did Serbia’s Minister of Construction, Transport and Infrastructure Tomislav Momirovic, and Chinese Ambassador to Hungary Qi Dayu, and via video, Ning Jizhe, Vice Chairman of the National Development and Reform Commission.

Palkovics elaborated that with the renovation of the Budapest-Belgrade railway, Hungary will offer the fastest transport route for Chinese goods between Central and Southeast Europe, extending from Budapest to Belgrade, into Skopje, North Macedonia, and extending to Athens. He also thanked the Chinese people for their help in supplying medical and other equipment to Hungary, as it was hit by COVID-19.

Xinhua reported today: “For his part, Ning said that the railway project will promote the connectivity between Hungary and Serbia and other European countries, help the two countries build a regional transport and logistics hub, give a strong boost to European infrastructure and economic growth along the route, and enhance the well-being of the European people.

“The project is also of great significance for the connection of the Belt and Road Initiative to European development strategies and the deepening of mutually beneficial cooperation between China and Europe, Ning added. ‘It could be said that the railway is beneficial to our three countries, to Central and Eastern European countries, and to the entire Europe,’ he said.”

Kiskunhalas, Hungary is about 20 miles north of the Serbian border, and is 122 miles from Belgrade. During July 2021, Hungary celebrated the 175th anniversary of the Hungarian Railways. A short clip of the ceremony was posted by “Built by China”