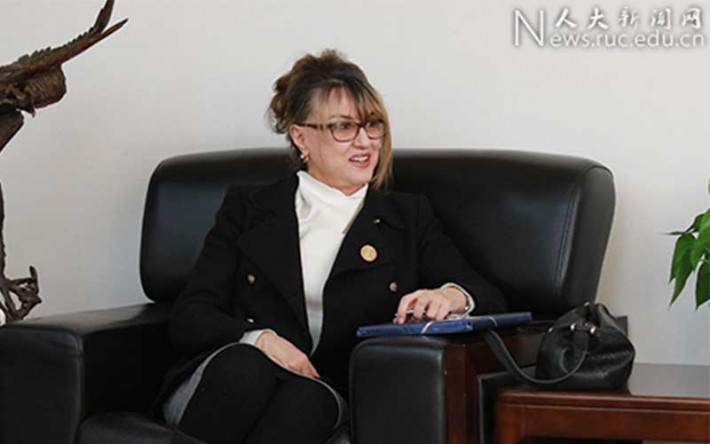 In an interview with CGTN TV on April 21, Amb. Rodriguez described the BRI as a project which is creating “a new paradigm for development … [which] may be as important perhaps as Bretton Woods was after World War II.” China is calling “upon the whole world to design together what the New Paradigm is going to be,” she said.

“Thus China wants to develop in order to provide happiness to its own people, and cannot make it alone; it has to be done jointly with the whole world,” she explained.

But when the Ambassador asserted that “this new paradigm could not have been conceived by a Western mind, but only by, I would dare to say, by a Confucian mind,” she really missed the boat.

Not only did the “Western minds” of Lyndon and Helga Zepp LaRouche develop and fight for the concept of the New Silk Road/Eurasian Land-Bridge decades ago, but the Confucian values expressed in the Belt and Road are universal, and can be found at the highest moments of every great culture. The case of Benjamin Franklin is only one such example. As the works of Plato, Nicholas of Cusa, Gottfried Leibniz, Friedrich Schiller attest — to name only a few — the best of the paradigms developed by the West are a far cry from today’s dominant British empiricism, egoism and materialism. And that is very good news!