UN Agencies Warn That Conditions Do Not Exist to Repatriate Haitians 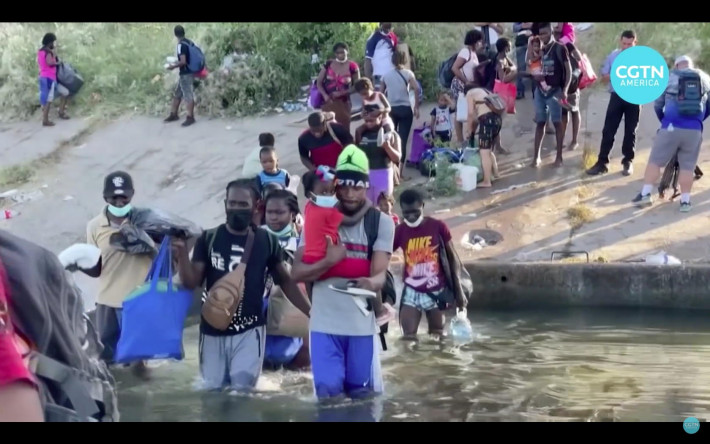 UN Agencies Warn That Conditions Do Not Exist to Repatriate Haitians

Oct. 1 (EIRNS)–As Mexico began sending some Haitian migrants back to Haiti, and demands grow in other countries in the region to do the same (e.g. by a senior Bahamas Royal Defense Force official, who cited U.S. repatriation as a model), four United Nations agencies—the International Organization for Migration, and the UN Refugee Agency, Children’s Fund, and Human Rights Office—issued a joint statement on Thursday warning that “conditions in Haiti continue to be dire, and not conducive to forced returns.”
The statement reminds governments that “international law prohibits collective expulsions and requires that each case be examined individually to identify protection needs under international human rights and refugee law.” And that “discriminatory public discourse portraying human mobility as a problem, risks contributing to racism and xenophobia and should be avoided and condemned.”
Various official statistics on poverty and violence in Haiti are cited, such as that “some 4.4 million people, or nearly 46% of the population, face acute food insecurity, including 1.2 million people who are in emergency levels and 3.2 million people at crisis level.” The effects of the August 14 earthquake are already “straining any [national] capacity to receive returning Haitians,” they note.
They call on governments to “uphold the fundamental human rights of Haitians on the move,” but like the more-humane governments in the region, the UN agencies limit the scope of what they are proposing to remedy this horrendous situation, to calls for regional cooperation on managing this crisis, and offering protection mechanisms or other legal stay arrangements for more effective access to regular migration pathways.”

Missing is the only action which can eliminate the cause of this and similar migration crises: eradicating the conditions of utter misery, drug-trafficking and violence created by the failed free trade, liberal monetarist system which make life unlivable for millions in many countries.