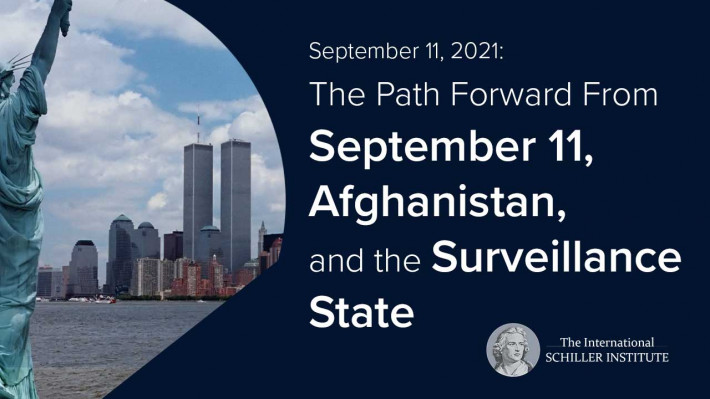 September 11, 2021by David Dobrodt in General

Twenty years ago, America walked away from the U.S. Constitution, down the path of permanent war. “Preventive war,” which had been declared a “crime against humanity” at the 1949 Nuremberg Trials against the Nazis, was carried out by the United States against Iraq. This happened after Bush 43 told the world that “The British government has learned that Saddam Hussein recently sought significant quantities of uranium from Africa.” But within hours, the United Nations International Atomic Energy Agency had determined that the British report was false; the documents upon which the war was based were forged. The war happened anyway, as did several others.

Trillions of dollars, millions of lives, and several destroyed nations later, we must admit the failure of our assumptions. A World Health Platform, as proposed by Schiller Institute founder Helga Zepp-LaRouche, providing clean water, public sanitation, and abundant energy, food and medicines to the world, is now the only truly human military strategy that the world can afford. A United States freed from the imperial designs of Great Britain’s City Of London should join its historical allies China and Russia and, in collaboration with the world’s nations, move humanity forward as a whole. That starts through a crash world public health platform, by means of which victory over the economic conditions that breed pandemic disease is a tangible as well as universal victory for all.