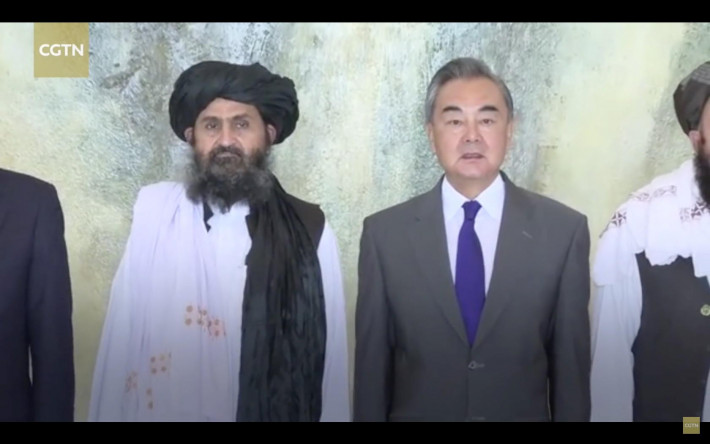 Sep. 6 (EIRNS) — TASS, citing Al Jazeera, reported this morning that the Taliban intend to invite a number of foreign countries to be present at the installation of the new government that they expect to announce within the next few days. “We have sent invitations to Turkey, China, Russia, Iran, Pakistan and Qatar to take part in the [ceremony] of announcing [the composition of the new Afghan] government,” said an unnamed Taliban representative.

Agha also said that the Taliban have no objections against having a U.S. embassy in Kabul but Washington is afraid of it. “Before the United States’ invasion of Afghanistan there was a possibility to have good relations with Washington. But after their invasion and their crimes … relations have worsened,” he said. Agha said that “there are chances that [diplomatic] relations between the United States and the Taliban will be established. I think the Taliban will not be against opening the U.S. embassy in Afghanistan. But the United States is afraid of the current situation in the country and most likely there will be no embassy for some time,” he said.