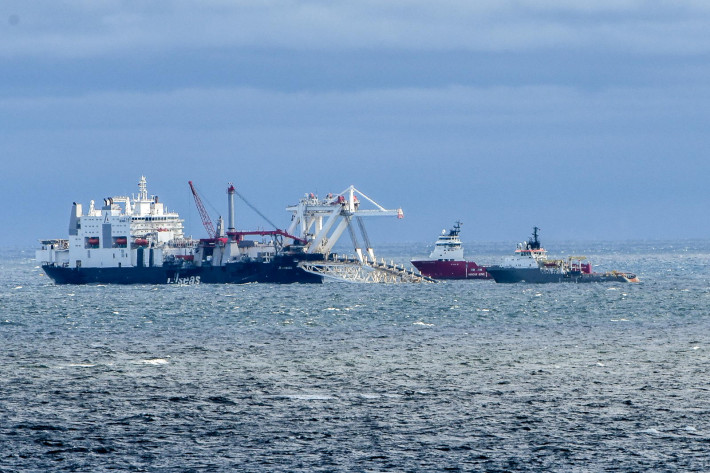 July 21 (EIRNS) – In an interview with RT’s Rich Sanchez yesterday, Russian Ambassador to the United States Anatoly Antonov commented on his dismay at all the fake news in the U.S. media on Russian foreign policy. The entire interview is here.

Sanchez opened discussing Merkel and Biden’s decision to drop any opposition to Nord Stream 2, and then asked Antonov if he thought Biden’s insistence that Nord Stream 2 is “geopolitical” stemmed from his need to “save face” with respect to U.S. relations to Ukraine.

“I don’t understand what you are talking about. What kind of political interest United States administration has in Ukraine? Ukraine is too far.”  He went on. “I discussed this issue with many politicians and sometimes, frankly, I’m not kidding… but some of them don’t know where Ukraine is!  So I don’t understand why it’s so important for United States. It seems to me that some political figures, some politicians just only would like to use Ukraine as a tool to press on Russia, to change Russian independent foreign policy, or Russian economic policy. Or, as you, the United States call it, as ‘malign activities’ of Russian Federation on the international scene.”

Sanchez asked him about what Americans hear from the media, that Russia has expansionist ambitions, seizing Crimea, wanting to take over Ukraine, and what he thought about that?

Antonov replied:  “You have touched a very interesting issue. Every morning when I wake up, I open American newspapers, and I switch on my TV…. And sometimes I am shocked to get so much fake news, fake information about the Russian foreign policy,” he replied. “What I see today, we see a lack of confidence, a lack of trust between the United States and Russia. I am trying to find a day when Russia has become an enemy or a rival for the United States, and it’s rather difficult to say when it happened. It seems to me that maybe ten years ago, but not when the Ukrainian crisis started, it goes without saying.”

Sanchez’s last question, “Is there a way to put our relationship back together again?” drew the following reply from Antonov: “We have to fix it, the Russian government and American administration as well. Because, to have good relations between the United States and Russia is in the interests of the United States people, as well as Russian Federation. I could say, we are doomed for cooperation,” he said, and then echoing President Putin’s January 2020 call for the P5 summit, he went on: “We are the main nuclear states. We are permanent members of [the UN] Security Council. We bear special responsibility for peace. That’s why we have no time to quarrel. We have to fix many problems that we face today. For example, fighting against terrorism, climate change, and … we see what is going on now in Afghanistan after United States’ decision to withdraw their forces from this country.  I understand how much we have to do together.

“I would like to say, if anybody would like to create an island of security somewhere, in the United States, or in Europe, or in another continent, it will be a mistake. We can win together. When we are together, we can solve any issue, any problem that we face today,” Antonov concluded.