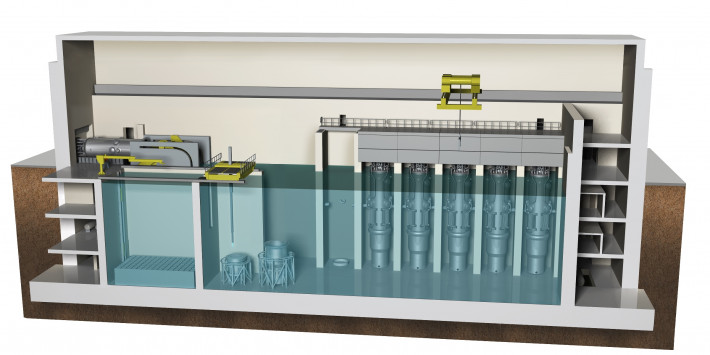 July 18 (EIRNS) — China National Nuclear Corporation now has a small modular reactor “in the construction phase” after approval of its design by the International Atomic Energy Agency, according to articles in OilPrice.com and Global Times. The reactor is rated at 125 MW of power. The start of the construction phase is reported by OilPrice.com to have been delayed by four years after originally being scheduled in 2017. There is scant information in either piece as to the mode of construction or location of a factor to build units – the planned first reactor (“Linglong 1”) is perhaps the only unit to be located at the site, which is in Chiangjiang in Hainan Province in the south of China, a center of CNNC nuclear power production.
But the Global Times article contains an ambitious and accurate description of what fourth-generation small modular reactors will do: “Unlike 3rd-generation large reactors such as the Hualong 1, which has an electric power output of 1 million kilowatts, far greater than the power range of a small reactor, the Linglong 1 can realize the multi purposes of nuclear energy, such as heat supply for cities, industrial steam, seawater desalination, oil exploitation and other different needs, in addition to electricity generating. The energy generated by Linglong 1 can be applied to various scenarios such as industrial parks, islands, mining areas and energy supplied by high-energy consuming enterprises, meeting the development needs of Hainan.