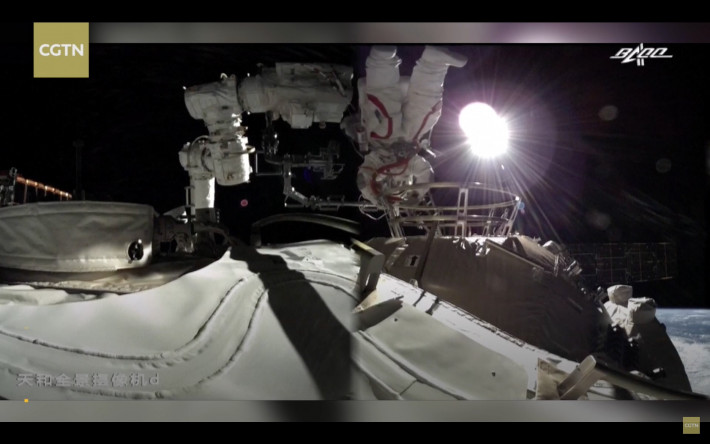 This morning, taikonauts Liu Boming and Tang Hongbo finished all assigned tasks during a seven hour space walk outside China’s Tianhe space station. This is only the second space walk in the history of China’s space program. The first one was in 2008, but it lasted only 20 minutes. As the first taikonauts aboard Tianhe, Liu and Tang with support from Nie Heisheng from inside the station, performed tasks to set up Tianhe for future use.

The completed tasks included raising the external camera to a height that maximizes its ability to record panoramic views; installing and testing footsteps on the working arm and external working station; and conducting an emergency escape drill to rapidly get back inside Tianhe if necessary. The space walk also initiated use of newly designed 130 kilogram space suits.