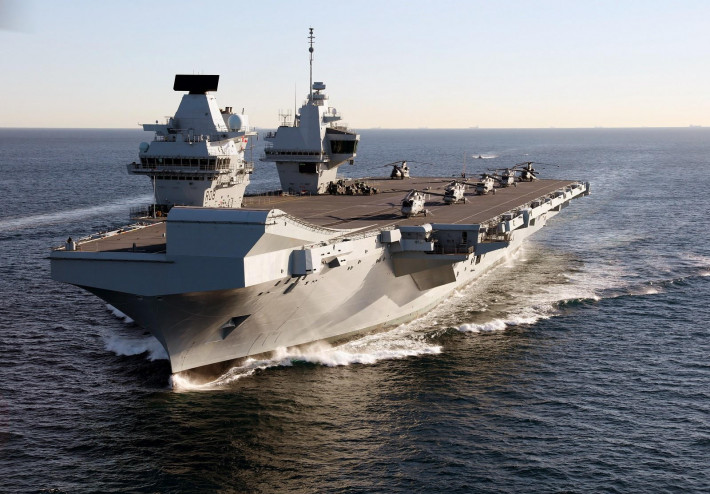 NATO is not addressing “Russian aggression” sufficiently. It is out-of-control and Britain, within the NATO construct, must lead the way in countering it. So writes Henry Jackson Society fellow Robert Clarke in a June 23 paper — apparently written just before the incident with the HMS Defender the same day — published in the {UK Defence Journal}. Clarke claims that Russia, with restrictions imposed on some waters of the Black Sea around the Crimean peninsula and the Sea of Azov, is working to isolate Ukraine from NATO. “Britain is doing the right thing increasing maritime patrols in this increasingly important region, as {HMS Defender} alongside the Dutch frigate {HNLMS Evertsen} from the U.K.-led Carrier Strike Group begin to patrol the Black Sea over the coming days in support of NATO ally Ukraine,” Clarke writes. In his mind, it seems, Ukraine is already a member of NATO.

In light of Russia’s recent behavior, “the U.K. should seek to incorporate the Black Sea region as a geostrategic priority. This must include joint maritime patrols with both Ukrainian and NATO allies. The joint patrol conducted with the Dutch frigate {HNLMS} Evertsen in the coming days is a good example of this bilateral engagement,” Clarke writes. “Building from this, the U.K. should develop a more permanent and consistent leadership presence, ultimately within a NATO framework. Both French and Dutch navies have recently been deployed or are soon to deploy to the Black Sea, with Turkey a major regional actor and close NATO ally.”

Clarke concludes: “As the U.K.-led Carrier Strike Group deployment fulfils the vision of a Global Britain as the eminent European naval power, it is to this strategic corner of southern Europe which the U.K.’s and NATO’s attentions must turn, in order to counter an increasingly assertive and emboldened Russia.”

Read the article in the {UK Defence Journal}.