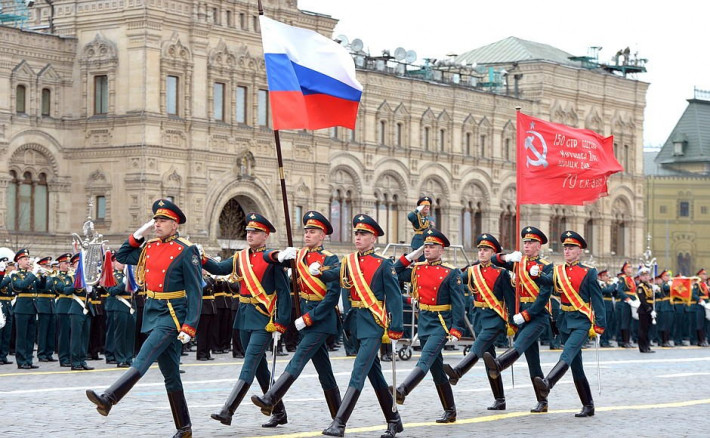 May 9 (EIRNS)—Speaking on the occasion of the anniversary of Victory Day on May 9th at the Victory Day Parade in Moscow, Russian President Vladimir Putin said, “The war brought upon us so many unbearable ordeals, grief and tears that it is impossible to forget. Those who are plotting new aggressions cannot be forgiven or justified….

“History demands that we learn from it. Unfortunately, attempts are made to deploy a large part of Nazi ideology and the ideas of those who were obsessed with the delusional theory of their own supremacy,” stressed the Russian President.

With Tajikistan President Emomali Rahmon at his side, Putin asked for a minute of silence to commemorate the “blessed memory” of all those who died in the war and to “mourn the veterans who have passed,” after which he continued: “This year, we celebrate 80 years since the beginning of the Great Patriotic War. June 22, 1941, is one of the most tragic dates in our history. An enemy attacked our country and invaded our land to kill and to spread death and pain, horror and immeasurable suffering. This enemy not only wanted to overthrow the Soviet political system but also to destroy us as a state, as a nation and wipe our peoples off the face of the Earth.

“We responded to the invasion by the Nazi hordes with a united, formidable and unstoppable determination to repel that invasion, to do everything in our power for the enemy to be defeated and for the criminals and murderers to receive inevitable and just punishment.”  His complete address is posted to the website of the Russian Presidency.