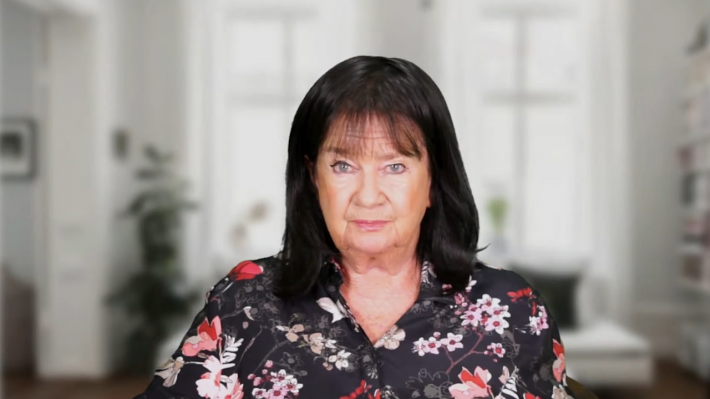 Dec. 7, 2022 (EIRNS)–The national Journalists Club of Mexico today announced the results of its 70th National and International Journalism Contest, issuing their awards to the Mexican and international journalists, media and institutions chosen by a 20-person independent jury for their work in over 20 areas of journalism and freedom of speech. The annual contest has become an institution in the country, with increasing international attention. Julian Assange, for example, was issued an award for “Freedom of Expression” in 2019.

Today, the Schiller Institute received the Club’s award for “|`Fostering freedom of expression from the academic realm’, for its contributions to historical and geopolitical analysis for understanding global changes, from a multi-disciplinary standpoint of critical thinking, warning of the consequences of the violence and imbalances which affect the concert of nations and world peace,” the master of ceremonies explained. This was one of only five international awards conferred by the Journalists Club. Another 30 or so awards were presented to national journalists in different areas.

The awards ceremony, held in the association’s historic headquarters in Mexico City, is quite an occasion, and was attended by the President of Mexico’s Press Spokesman, Jesús Ramírez Cuevas, and diplomats from various countries, as well as many journalists and media and their families and friends. Ramírez Cuevas was greeted by an ovation when announced, and he gave President López Obrador’s greetings for the occasion.

After the Schiller Institute’s award was announced, a short video-recorded message of greetings and appreciation from Schiller Institute founder Helga Zepp-LaRouche was played (with Spanish subtitles), as the Institute’s representative in Mexico, EIR correspondent Gerardo Castilleja, accepted the award on her behalf. Zepp-LaRouche explained that she could not attend personally to accept the award because she was number one on the Ukrainian hit list, expressed her great appreciation for the honor bestowed, and spoke of the international leadership role Mexico is playing, and can play in rallying the world against nuclear war and for peace.

The tone for the spirited meeting was set by the Club’s Secretary General, Celeste Sáenz, in her opening speech, in which she issued an impassioned call to build the fight against the grave threats to freedom of speech afoot in the world. There is war ongoing against truthful journalism, organized by the great media and neoliberal international powers, she charged. Independent journalists who refuse to surrender to their demands are excluded, but have begun setting up their own outlets (several of which were given awards later).

This is “a real war … with real victims.” Journalists are being killed, some caught in the crossfire of the conflicts in the world — but some deliberately assassinated, as in the case of Ukraine, she said. Journalists and academics are being put on a blacklist “by the Ukrainian government and Western intelligence and spy agencies who seek to assassinate” them. When the selected targets are assassinated, their photos on the list are then crossed off, she specified. “This is disgraceful. After the Second World War, we thought that we would not see this again.”

She cited the terrorist assassination of Russia’s Darya Dugina last August 20 as exemplary of this policy, and slammed the policy of censorship carried out in the name of “freedom of speech,” as seen in the “centers for countering disinformation” which impose that policy.

The Club then gave a posthumous award to Dugina, which Russia’s Ambassador to Mexico, Viktor Koronelli, received in the name of her father, Alexander Dugin. A brief video message from Dugin was then presented.